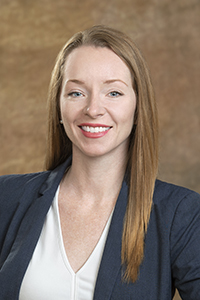 Keeley Karatinos was born and raised in Sarasota, Florida. She attended the University of Florida, receiving Bachelors in Russian Language and Political Science. Upon graduating, Ms. Karatinos managed residential and commercial properties in Gainesville before attending law school.

Ms. Karatinos served as a fellow to the Honorable Lynn Tepper in the Sixth Judicial Circuit, Dade City, Florida before joining Mander Law Group in 2015.

Ms. Karatinos speaks Spanish, Russian, and English. She uses her knowledge of language, culture, and the law, to defend her clients accused of a crime or who are otherwise facing the deprivation of their rights, privileges, or liberty. Ms. Karatinos has an deep-seated belief in treating everyone with dignity and compassion.