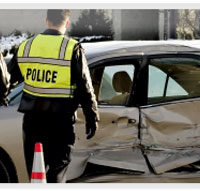 It’s always sad when someone dies in a car accident, especially when the victim is a young child. Sadly, this was recently the case in Miami-Dade. A major crash at an intersection killed a girl and injured seven others.

The fatal crash occurred on the morning of September 18 at the intersection of Northwest 163rd Street and North Miami Avenue. Three vehicles were involved in the accident.

A Nissan Maxima was heading south, a Honda CR-V was traveling west and a Nissan Altima was going east. All three collided at the intersection when one of the vehicles failed to stop at a stop sign.

The girl, believed to be between the ages of 6 and 10, was a passenger in the Honda. She died at the accident scene. One person suffered severe trauma in the crash. Six others were injured, but are expected to survive.

There are two main types of stop sign violations. One occurs when a driver stops, but fails to yield. The other occurs when the driver fails to stop altogether and runs right through the stop sign. Both situations often result in the same outcome: a serious collision with one or more other vehicles.

These types of violations tend to occur less frequently when drivers are required to stop in all directions. This is likely because of the lack of confusion. When motorists in only one or two directions are only required to stop, this causes confusion and makes it more likely that an accident will occur because a motorist was expecting another motorist to stop.

In many cases, motorists fail to yield due to the shape or design of the intersection. It can be hard to see vehicles if parked vehicles, trees or shrubs are blocking one’s view. On sunny days, glare can even be an issue.

Crashes involving four-way stops tend to be more serious in nature. They are more likely to result in injury. They tend to occur at night, with young drivers – particularly males – more likely to be at fault. However, older drivers are also known to cause a high number of intersection crashes. This is often due to poor eyesight and flexibility.

Many cities are getting rid of intersections altogether. Instead, they are using roundabouts to better control traffic and prevent crashes and injuries.

While many car accidents are minor fender-benders, some are very serious, result in life-changing injuries and even death. The result of an accident can include permanent disabilities and the inability to walk or work again. These injuries can be costly.

If you or a loved one was seriously injured or killed in a car accident, seek legal help. The aggressive Dade City car accident attorneys at Mander Law Group can help you recover compensation for damages and make you whole again. Call (800) 557-0411 to schedule a free consultation.