Get Your Driver’s License Reinstated 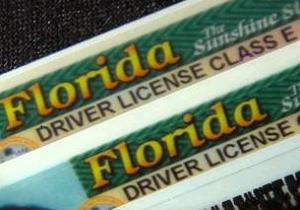 Benefits of Requesting a Formal Review

If the driver takes the breath or blood test, the hearing officer will determine if law enforcement had probable cause that the driver was either driving or in actual control of the vehicle while under the influence of alcohol, chemicals or controlled substances. The hearing officer will also determine if the driver’s blood-alcohol level or breath alcohol level was .08 or higher as provided in Florida Statute 316.193.

The Florida Supreme Court recently held in DHSMV v. Hernandez (74 So. 3d 1070) that the hearing officer must determine, in refusal cases, whether the refusal to submit to the breath, blood or urine test occurred after a valid arrest. An arrest can be found invalid for many reasons. Reasons for ruling an arrest invalid include but are not limited to whether the officer had probable cause to conduct a traffic stop, the officer detained the driver without reasonable suspicion for an unreasonable period of time, or the officer did not have probable cause to arrest the driver for DUI based on the observations by the arresting officer.

Call (352) 567-0411 today to speak with a Dade City & Zephyrhills formal review DUI attorney. Our firm is in Dade City, located in Pasco County, Florida. We are located directly across the street from the Pasco County Courthouse. The Mander Law Group also represents clients involving criminal matters in but not limited to Hernando County, Sumter County, Citrus County, Hillsborough County, Polk County, and Pinellas County, including Tampa, Brooksville, New Port Richey, Clearwater, St. Petersburg, Lakeland, Bushnell, Bartow, and Plant City. We will defend you anywhere in the State of Florida.