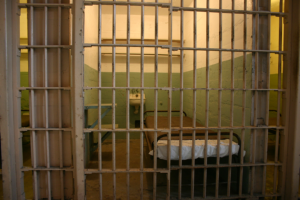 In Florida, the offense of DUI Manslaughter is a second degree felony punishable by up to fifteen (15) years in prison. Most drivers convicted of DUI Manslaughter, with no prior criminal record, receive ten (10) years or more in prison and a lifetime revocation of their driver’s license. Assemble the best Dade City & Zephyrhills DUI manslaughter attorneys, contact us today.

If charged with DUI Manslaughter, a prosecutor employed by the State Attorney’s Office will prepare a Criminal Punishment Code Score Sheet and forward a copy to your criminal defense lawyer. This document is commonly referred to as the Score Sheet. The score is determined by evaluating the defendant’s current pending charges and past criminal history. Once completed, the score sheet will compute the lowest possible prison sentence in points or months. This lowest possible prison sentence is commonly referred to as the Bottom of the Guidelines. The Bottom of the Guidelines is the minimum number of months in prison the circuit court judge can lawfully sentence you to unless the judge finds a lawful reason for a downward departure and is willing to go below guidelines or depart.

DUI Manslaughter will be scored as a level 8 offense. A level 8 offense equals 74 sentencing points. A person charged with DUI Manslaughter will also score an additional 120 points for “Victim Injury” points for each death. This means that if you have no prior record and are convicted of DUI Manslaughter you will be sentenced to over ten (10) years in prison with four (4) years of that being a minimum-mandatory sentence. If you are sentenced to a minimum-mandatory term, the time must be served “day for day.” This means the convict will not receive any gain-time or sentence reduction for good behavior until the minimum-mandatory sentence is served.

What You Say to Law Enforcement Officers May Help Convict You

If you are involved in a serious traffic crash the first person you should call is a DUI criminal defense attorney experienced defending DUI Manslaughter cases. DO NOT make any statements to the investigators if you are involved in a crash and are the subject of a criminal investigation for DUI. This includes any spontaneous statements or responses to questions asked to elicit an incriminating response. Tell the officer that you are invoking your Constitutional Rights and wish to have an attorney present and to remain silent until the attorney arrives. If you are the subject of a DUI Manslaughter or DUI with Serious Bodily Injury investigation, do not admit that you were operating a vehicle and do not explain to the officer what happened. What you tell investigators may help the prosecutors obtain a conviction.

If you have been charged with DUI Manslaughter after a traffic crash resulting in death, the prosecutor representing the State of Florida must be able to prove that while operating a vehicle you were under the influence of alcohol, controlled substances and/or chemicals and caused or contributed to causing the death of a human being or unborn quick child.

Our DUI Manslaughter defense lawyers frequently utilize qualified expert witnesses to defend the allegation that the Defendant caused or contributed to causing the death. Time is of the essence in retaining an experienced criminal defense lawyer and the right expert witnesses. An expert witness commonly utilized in DUI Manslaughter cases is the use of an Accident Reconstructionist. Accident Reconstructionist retained by a DUI defense attorney will conduct his/her own investigation and reconstruct the scene, possibly showing that the Defendant did not cause or contribute to the crash that caused death. It is important the Accident Reconstructionist is retained as early as possible. Valuable evidence may be lost if there is a delay in retaining an expert to reconstruct the scene. Marks on the pavement may be covered up over time due to repaving or construction resulting in unattainable or unreliable measurements. The sequence of the traffic signals may also change over time. Eye witnesses that are available early in the case may not be available later due to death, illness, relocation and/or memory recollection. Call today to assemble your legal team.

There are an unlimited number of potential defenses in a DUI Manslaughter case. Every case is unique and every defense is different. Below are some of the possible defenses available to you.

Call (352) 567-0411 today to speak with a Dade City & Zephyrhills DUI manslaughter attorney. Our firm is in Dade City, located in Pasco County, Florida. We are located directly across the street from the Pasco County Courthouse. The Madonna Law Group also represents clients involving criminal matters in but not limited to Hernando County, Sumter County, Citrus County, Hillsborough County, Polk County, and Pinellas County, including Tampa, Brooksville, New Port Richey, Clearwater, St. Petersburg, Lakeland, Bushnell, Bartow, and Plant City. We will defend you anywhere in the State of Florida.