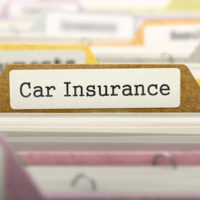 A huge percentage of the personal injury claims filed each year in Florida involve car accidents. Who ends up paying for what is largely determined by Florida’s no-fault insurance system, which currently requires drivers in Florida to have at least $10,000 of injury coverage for themselves. However, some lawmakers in the state legislature are calling Florida’s no-fault insurance system outdated and have drafted House Bill 1063 in an attempt to eliminate it. If lawmakers pass this proposed bill it will greatly change Florida’s personal injury protection laws, therefore, this article provides a brief overview of our state’s current no-fault insurance system and explains how, is passed into law, House Bill 1063 would alter our state’s current system.

For nearly 40 years Florida has embraced a no-fault insurance system under which each driver’s own car insurance pays for the driver’s own injuries and damages resulting from any car accident that the driver is involved in, no matter whether or not the driver was at fault for causing the accident. Under this system each driver is required to carry personal injury protection (PIP) insurance providing at least $10,000 per person per accident and a driver is only permitted to file a personal injury lawsuit after a car accident if the injuries that they sustained are “serious”. This system was originally put in place in order to make sure that drivers injured in car accidents would have insurance in place to cover their medical expenses, however many view Florida’s no-fault insurance system as a failed experiment that does not yield the savings that its proponents initially promised.

Efforts to replace Florida’s no-fault insurance system have been in the works for a few years, the most recent of which is House Bill 1063 (BH 1063). In a nutshell, BH 1063 proposes to no longer require drivers to procure personal injury insurance but to instead purchase at least $25,000 of liability insurance (which would cover bodily injury suffered by other drivers). Proponents of the bill point out that approximately 93 percent of drivers in Florida already purchase liability insurance and that therefore under the proposed law the average driver in Florida would save approximately $81 annually per vehicle that they insure, reports an article posted on NBC.com. However, the article also notes that opponents of House Bill 1063 are arguing that reforming Florida’s no-fault insurance system in this way will ultimately cause increased medical costs that will keep insurance rates high and that these increased costs may cause many drivers to illegally forego purchasing insurance.

Reach Out to Us Today for Help

Whether or not House Bill 1063 is ultimately passed into law, individuals who are seriously injured in car accidents in Florida will continue to file personal injury lawsuits in order to recoup their losses where insurance fails to adequately compensate them. If you or a loved one were injured in a Florida car accident due to someone else’s negligence, recklessness, or wrongful act feel free to set up an initial consultation with the experienced auto accident attorneys of the Madonna Law Group. We would be happy to meet with you at our Dade City office to evaluate your case and explain your legal options. Call us today toll free at (800) 557-0411.