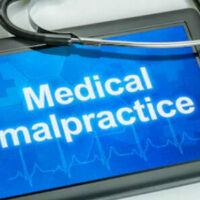 Medical malpractice is a highly controversial concept. While doctors should treat patients with the highest standard of care, mistakes do happen and a physician can be sued for their negligence.

While doctors in Florida have medical malpractice insurance to pay out awards for any lawsuits they face, they already pay insurance rates that are 26% higher than the average. There is fear that this rate could rise if a new bill is passed. If Florida doctors see higher costs for insurance, they could end up leaving the state or even retiring.

HB 651 is in the works and the goal of this bill is to make Florida like the other 49 states. Currently, Florida is the only state that does not allow for noneconomic damages for adult children and parents of adult children when a person dies from medical malpractice. While some lawmakers are on board with this bill, the Florida Chamber of Commerce is opposed to it.

The Chamber recently sent an email about the bill and how it will be graded on its annual “How They Voted” report card. The agency claims that the bill and any amendments will be counted twice on the report card and the overall grade will be based on the bill’s voting record.

The bill is sponsored by Fort Myers Republican Rep. Spencer Roach, who calls the current law a “free-kill policy.” He claims that allowing adults to claim mental pain and suffering for the negligent deaths of their loved ones would not make the medical malpractice insurance situation worse. The states that do not have this law have not seen increases in insurance rates.

Roach has gotten bipartisan support for HB 651. Democrat Rep. Evan Jenne has voiced his support for the bill and is not worried about the threatening email from the Chamber.

While the House passed the bill in a 99-16 vote, it’s not likely to pass the next session because the companion bill (SB 1112), which was introduced in March, has not yet been considered by the Senate. SB 1112 would delete the law that prohibits parents of an adult child from recovering noneconomic damages in a medical medical lawsuit.

What is Florida’s “Free Kill Law?”

Seek Help for Your Case

All closely related family members of a medical malpractice should be able to sue for noneconomic damages. There should be no limitations, even if physicians have to pay higher costs.

Medical malpractice costs are complex and costly to fight. For help with your case, contact the Dade City & Zephyrhills medical malpractice attorneys at Mander Law Group. We will help you get the best possible outcome. To schedule a consultation, call (800) 557-0411 or fill out the online form.