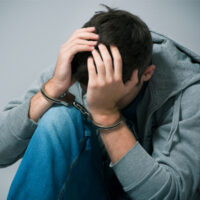 When you think of someone engaging in lewd and lascivious behavior with teens, you probably think of an older adult — not someone who is also a teen. A 19-year-old man from Florida is now facing life in prison for sexually exploiting children.

The man was recently arrested on three counts of child cruelty and lewd and lascivious behavior. Police spent several months investigating the teen for sexual exploitation. He is accused of having sex with underage girls and videotaping these encounters. The victims were between 12 and 16 years old.

The man would film the sex acts and then send them to other teens to view. He used social media apps such as Snapchat to distribute the sexually explicit videos. If convicted of all the charges, he could spend the rest of his life in prison.

Offenses involving lewd and lascivious behavior are punished harshly in Florida. A person convicted of such an offense could face life in prison. Even a first-time offender will face a minimum sentence. Even a young adult who is still a teenager could face a lifetime in prison. That’s a long time for the person in this case, who is just 19 years old. This could mean multiple decades behind bars. If the person is ever released from prison, they will have to register as a sex offender for life. So there’s a lot at stake for someone convicted of crimes regarding lewd and lascivious behavior.

You need a solid defense to protect yourself. There are some defenses you cannot use, however. For example, you cannot claim that the victim gave their consent, especially since 12-year-olds legally cannot give consent. In Florida, the age of consent is 18 years old, which means if an adult has sex with someone younger than 18, it is considered statutory rape. There is a clause, however, that allows minors who are 16 or 17 years old to have sex with someone who is up to 23 years old.

Prostitution or sexual experience also cannot be used as a defense. It does not matter if the victim has engaged in sexual activity in the past. There needs to be consent.

A person cannot also claim that they thought the victim was of legal age. Even if the victim claims to be 18 years old, that is not enough to defend a person from lewd and lascivious behavior charges. Therefore, a person should have bona fide proof of age before having sexual relations with anyone.

As a teen, being charged with lewd and lascivious behavior can be a frightening experience. Don’t try to ignore the charges. Get them handled quickly and efficiently.

Make sure you have someone on your side who can help you achieve the best outcome. The Dade City & Zephyrhills lewd & lascivious behavior attorneys at Mander Law Group can help you with the charges you face. To schedule a consultation, call (800) 557-0411 or fill out the online form.