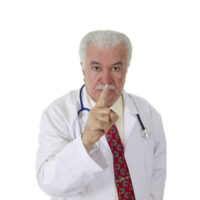 When people are negligent or break the law, they should be punished accordingly. Florida has medical malpractice laws in place to keep patients away from unsafe physicians. One of them is the Three Strikes Rule, which was passed in 2004.

The law allows the Florida Board of Medicine to revoke a doctor’s medical license once they have three medical malpractice claims. While this may seem like a great way to protect patients, the law hasn’t worked as planned. Hundreds of doctors have been accused of medical malpractice over the years. In the 17 years since this law was passed, only a handful of doctors have had their licenses revoked.

Under the law, a strike happens after the board or a lawsuit determines that medical malpractice has taken place. However, there are strict standards that the medical board must follow to determine if a doctor should be levied a strike. And if the doctor settles a malpractice case, which they often do, they are not accused of medical malpractice, so there is no strike.

This was the case for one doctor in particular. Dr. Berto Lopez had nine malpractice lawsuits against him and the medical board had named him in four cases of discipline. All except one were settled, with no finding of medical malpractice. One of the cases finally caused the doctor to lose his medical license in February. During his 33-year career, Dr. Lopez had committed 14 deaths or catastrophic injuries to infants and their mothers, but he never had a strike against him.

Under the Three Strikes Rule, a doctor is not allowed to keep their medical license after committing three incidents of medical malpractice. Medical malpractice refers to the failure to use the recognized standard of care based on a health care provider’s specialty area.

There are three scenarios in which a doctor can receive a strike against their license:

Medical malpractice is a serious error that can cause long-term injuries and even death. Unfortunately, Florida often ignores cases of medical malpractice, allowing dangerous doctors to continue to practice medicine in the state.

Medical malpractice cases are complex. Seek legal help from the aggressive Dade City & Zephyrhills medical malpractice attorneys at Madonna Law Group. We will help you fight for your rights. To contact our office today, call (800) 557-0411 or fill out the online form.