How Social Media Can Affect Your Child Custody Case 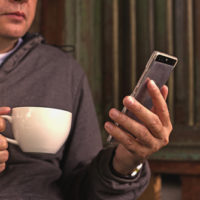 Are you a frequent Twitter user? Can’t live without checking Facebook every five minutes? If so, you’re not alone. Many Florida residents are addicted to social media. However, if you’re in the middle of a divorce and arguing with your soon-to-be ex-spouse over child custody, then it’s recommended that you stay away from social media until everything has been finalized.

In recent years, social media has become a powerful tool in the field of family law. A survey showed that 81 percent of members of the American Academy of Matrimonial Lawyers use social media to find evidence against their clients’ ex-spouses. But you may be thinking that

What Does Social Media Show Lawyers?

Those seemingly innocent photos on Facebook show more than you think. Here’s what ex-spouses and their lawyers are looking to dig up on your social media accounts:

Get Legal Help for Your Child Custody Case

If you’re battling with your former spouse over child custody, make sure the odds in your favor. If you’re a frequent social media user, you need legal advice to ensure that not oversharing on Facebook or Twitter.

Withdrawing completely from social media during a divorce can be quite a challenge, but it’s something you need to consider doing if you want to increase your chances of being awarded custody of your children. Don’t give your ex-spouse ammunition to use against you. Get legal representation from the Dade City family law attorneys at Madonna Law Group. Contact us by calling (800) 557-0411.