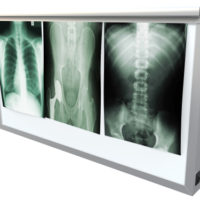 Many doctors work diligently to provide patients with a high standard of care, but many do not, as statistics show. Medical malpractice accounts for as many as 200,000 deaths every year. Many more are injured by negligent doctors.

When peers get a medical malpractice report filed against them, though, doctors are more likely to step up their game immediately following the report. This is primarily due to fear. After all, if someone they work with can be reported for medical malpractice, they are fair game as well.

This was shown in a study performed by a doctor from Harvard University and published in the August 2019 edition of JAMA Internal Medicine. The study looked at claims data of 20 percent of Medicare beneficiaries in Florida between 2009 and 2013 who were linked to medical malpractice reports from 2010 to 2012.

According to the research, there was an increase in defensive medicine by colleagues of those who were reported for medical malpractice. Specifically, there was a rise in the number of diagnostic scans performed by doctors in the quarter immediately following their colleague’s malpractice report.

However, this momentum did not last, as there was a significant drop-off in defensive medicine by the second quarter after the report. This shows that peers exhibit an immediate fear of medical malpractice, but the fear is just temporary. The increase in defensive medicine is not permanent or even long-lasting, so doctors feel more relaxed later on.

The study also showed that defensive medicine was driven more by malpractice claims that resulted in fatality rather than those that caused a non-life-threatening injury. Therefore, perceived risk of committing medical malpractice is a factor in a doctor’s standard of care.

The doctor looked at data from 361 physicians, specifically at MRIs and CT scans performed within seven days of a Medicare patient’s evaluation and management visit. The sample size was limited to practices with just one injury report within the examined time period. In addition, only beneficiaries enrolled in Medicare Parts A and B were assessed.

The mean rate of advanced imaging was 2.3 per 100 visits in the quarter immediately following a medical malpractice lawsuit against a peer. This number was 0.78 per 100 visits higher than the quarter preceding the medical malpractice injury report. However, one thing to consider is that the study was limited to the Medicare population in Florida. Therefore, the results are from a limited sample and do not reflect all physicians across the country.

While many doctors are taking extra precautions to avoid medical negligence, many doctors still act in a careless manner. If your doctor’s actions—or lack thereof—have caused you harm or worsened your condition, you may have a medical malpractice case.

The experienced Dade City & Zephyrhills medical malpractice attorneys at Madonna Law Group can assess your case. Medical malpractice cases are very difficult and costly to win, but we will aggressively fight for your rights. Schedule a consultation by calling (800) 557-0411 today.