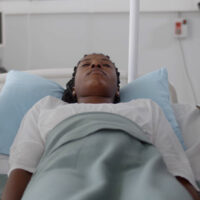 When most women undergo procedures such as hysterectomies, they expect to wake up and continue on with life after the operation. Sadly, this does not always happen. For example, a Florida woman who underwent a hysterectomy in 2017 is still comatose. She never woke up and her family filed a medical malpractice lawsuit against Cleveland Clinic Indian River Hospital (formerly known as Indian River Medical Center). They recently received a settlement after four long years.

The 46-year-old woman is currently at a traumatic brain injury facility in Sarasota. She remains in “a state of non-responsive wakefulness.” In 2018, the family filed the lawsuit against the hospital, as well as the anesthesiologist and his former employer, Anesthesia of Indian River, Inc.  A trial was expected to happen in February 2022. However, the case is now “fully settled,” although it is pending approval by a guardianship judge who is overseeing the woman’s medical care. While the exact amount and terms of the settlement are confidential, it is estimated that the woman’s care could exceed $20 million.

The woman, a married mother of five children, suffered a breathing emergency after the June 2017 surgery at the Vero Beach hospital. Two nurses were present with the woman once she was transported out of the operating room, but they did not render medical care and treatment to the woman. She stopped breathing for at least six minutes before CPR was initiated. The lack of breathing caused her to suffer a permanent brain injury. She never woke up after the surgery and has been in a rehab facility since then.

The anesthesiologist is being primarily accused of causing the woman’s anoxic brain injury, as he failed to do the critical duties of his job. He did not wake up the woman after the surgery nor did he monitor her breathing. When the woman began to show signs of respiratory distress, he then failed to react in time. It is believed that he gave the woman too much medication and not enough reversal agent, which caused the situation in the first place.

Adding to the woman’s harm was the fact that the anesthesiologist later altered medical records to cover up his negligence. He is no longer affiliated with the hospital, which has admitted that the woman suffered permanent injuries.

The lawsuit includes claims for loss of consortium, which were filed by the woman’s husband and five children. Each family member is seeking damages for their losses of “comfort, society and companionship” based on the woman’s situation. Two of the children are still minors, and as such, a guardian ad litem has been assigned to represent their settlement interests.

Medical malpractice cases can be complex, expensive, and lengthy. Make sure you have the right legal help on your side.

The Dade City & Zephyrhills medical malpractice attorneys at Mander Law Group will help you get the most compensation possible. To schedule a consultation, fill out the online form or call (800) 557-0411.