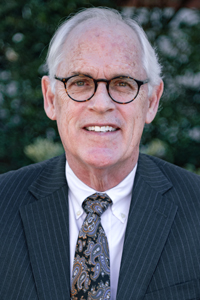 Born in Canton, Ohio, Daniel Lee Dwyer graduated with a B.A. from Kent State University in 1975 and a J.D. from the University of Akron in 1979.

Mr. Dwyer was admitted to the Florida Bar in December of 1979 and the Ohio Bar in May of 1980, where he remains an inactive member. He joined the law firm of McClain and Hobby in Dade City, FL, and was an attorney who assisted that firm in their representation of clients such as the Clerk of the Circuit Court of Pasco County, the District School Board of Pasco County, and the Supervisor of Elections of Pasco County, whom he continues to represent to this day.

Since 1991, Mr. Dwyer has worked at the same law firm which is now known as the Madonna Law Group.

Mr. Dwyer worked in the Family Court Division in Stark County, Ohio while attending law school and has continuously represented individuals in Family Law matters, including, but not limited to, Dissolution of Marriage, child support matters, and child custody matters. Mr. Dwyer has been a Family Law Mediator certified by the Supreme Court of Florida since May 1997, and enjoys mediating family law matters on a weekly basis.

Mr. Dwyer was an Adjunct Professor at St. Leo University, St. Leo, Florida, teaching both undergraduate and graduate students business law with a course concentration on Contract Law. From 1981 to 2013.

Mr. Dwyer was a founding charter member, former officer and board member of Daybreak Rotary Club of Dade City and now attorney for Academy at the Farm, Inc., a local K-8 charter school. Mr. Dwyer has received several volunteer awards, most recently the Rotarian of the Year award.

Daniel L. Dwyer and his wife reside in Pasco County and are proud parents of two daughters. They also have been recently blessed with two grandchildren. In his spare time, he enjoys playing tennis, walking, and spending time with his family.