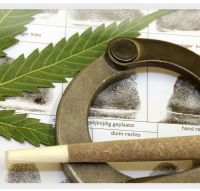 Marijuana seems to be everywhere these days. However, cannabis is not legal in all the states.The drug is legal for medicinal use in 33 states. Florida is one of these states. However, the drug is against the law for recreational use.

So what happens if you have a couple ounces on you while you’re hanging out with friends? In the past, possession of fewer than 20 grams of marijuana would be considered a misdemeanor. That has changed—in Hillsborough County, anyway.

Under current Florida law, possession of 20 grams or less of cannabis is a first-degree misdemeanor. A person can face a year in prison or a fine of up to $1,000. However, on February 19, lawmakers voted unanimously to decriminalize marijuana possession under 20 grams. If you are caught with marijuana under this amount, instead of jail time and criminal charges, you’ll be given a citation instead.

You’ll be fined a small amount of money—almost like getting a speeding ticket. Under the new law, adults will be given a citation and fined up to $500. However, there is an alternative for a person who is short in cash. Instead of paying the fine, they have the choice of performing community service.

It doesn’t matter where you’re at in the county. The enforcement and penalty will be the same. This will make everything fair for those who are caught with small amounts of marijuana.

This law is similar to one passed in Tampa in 2016. It gave police officers permission to fine offenders instead of arresting them. Sarasota passed a similar law later that year. However, the biggest difference is that the new law for Hillsborough County includes preventative measures such as drug treatment and education components.

Preventing addiction is part of the new law. This means that a person in possession of marijuana does not get unlimited opportunities to be levied a fine in lieu of an arrest. A person can receive just four citations for marijuana possession. The fifth time they are caught, they are arrested and charged criminally. One a person receives their third citation, they are required to attend education and treatment programs. They will also be screened for drugs under the law.

Law enforcement officials will help people recover from drugs before they become addicted. This new law will give people chances. Four chances is plenty for a person to learn from their mistakes. A person will get multiple opportunities to seek treatment for their marijuana use so they can avoid a criminal record and the penalties that come along with it.

Legally, marijuana is a complicated drug for many to understand because while it is decriminalized in many states, it is still illegal at the federal level. It can be hard for the average person to know what amount is illegal, since laws vary at the state and sometimes even the county level.

If you have been arrested for marijuana possession, get help from the Dade City & Zephyrhills criminal defense lawyers at Madonna Law Group. You could lose your driver’s license and face other penalties, such as fines and jail time. Schedule a free consultation today by calling (800) 557-0411.