Who Gets Custody of Pets in a Divorce? 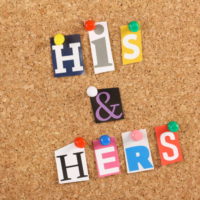 While many people worry about getting custody of their children in a divorce, what happens to Fido or Fluffy? Many childless couples dote on their dogs and cats as if they are children, so how are they treated in a divorce?

Every state is different. In January 2017, Alaska became the first state to enact laws related to pet custody in a divorce. It uses the current “best interests of the children” standard and goes one further: it makes animal custody decisions based on the “best interests of the animals.” It determines custody based on what will be best for the animals, instead of property division laws used to divide up the marital home or family car. On January 1, 2019, California will enact this same law, treating pets more similarly to people and not as property.

What are Florida laws regarding pet custody in a divorce? Read on to learn more about what you can expect if you divorce in the Sunshine State.

In Florida, the laws that exist in Alaska and California do not apply. Pets are basically treated as just another asset to be divided. As such, cats, dogs, birds and other family pets are subject to equitable distribution. This means that one party may get exclusive rights to ownership of the pet, and that’s that. The court does not set visitation schedules or handle joint ownership issues.

Why not? According to the court, such laws allowing for animals to follow the same laws as children leads to supervision and enforcement problems. As you can imagine, Florida courts are already overwhelmed with custody and support matters related to human children. Adding furry and feathered “children” into the mix only complicates matters for judges.

Under Florida law, even though pets are primarily treated as property, judges do have the discretion to award joint ownership of pooches and kitties as they see fit. This approach is based on the court case Bennett v. Bennett, where a divorcing couple fought over who would get custody of their dog, Roddy. The wife received custody of the dog, while the husband appealed, claiming that dog was a premarital asset. In the end, the husband prevailed, getting custody of the dog, with the wife getting visitation rights every other month.

However, there are no state laws in place that allow for guidance in this matter. This means that pet custody decisions could vary dramatically. The outcome of a particular case could vary, depending on whether or not the judge is an animal lover.

Pets are considered family for many Florida households. If you are considering divorce, but are concerned about the welfare of your beloved furry or feathered friend, seek legal help right away.

The decision a judge will make regarding custody and visitation time for the family pet can vary dramatically. Get the best outcome possible by seeking help from the Dade City family law attorneys at Mander Law Group. They will help you fight for your rights as a pet parent. To schedule a consultation, call (800) 557-0411.