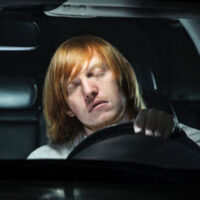 Fatigue is a serious issue when behind the wheel of a vehicle. Many people don’t take it seriously, but it is said to be almost as dangerous as driving while intoxicated. Indeed, falling asleep behind the wheel has led to fatality.

Sadly, this was recently the case in Florida. A woman was killed when the driver of the vehicle she was riding in fell asleep and crashed. The fatal accident occurred on the morning of September 6 in Polk County.

The accident happened at mile marker 26, along State Road 400. A 41-year-old man from Orlando was driving a sedan on State Road 400. He was in the outside lane traveling east. A pickup truck was also traveling in the same direction on the same road.

The driver of the sedan fell asleep at the wheel and lost control of the sedan. There were four passengers, including three teens from Orlando and a 23-year-old man from Mississippi.

Sleep deprivation is a serious issue. While it’s recommended that adults get eight hours of sleep per night, many drivers don’t get enough sleep. Many of us are busy, juggling work (maybe multiple jobs) along with children and everyday life. There just aren’t enough hours in the day.

While we may think we are fine to drive, all it takes is a driver shutting their eyes for a little too long and causing a crash. Fatigue is often compared to intoxication. While fatigue does not usually cause drivers to engage in risky behaviors, it mostly affects our ability to stay vigilant and respond appropriately. Fatigue can be dangerous when a driver needs to react quickly to avoid a crash.

Falling asleep at the wheel often has deadly consequences. Even if the driver does not die, passengers and those in other vehicles can be affected.

If you or a loved one has been injured or killed in a car accident, no matter the reason, seek legal help from the Dade City & Zephyrhills auto accident attorneys at Madonna Law Group. We’ll help you get the compensation you deserve for all your damages. Schedule a consultation call (800) 557-0411 or fill out the online form.