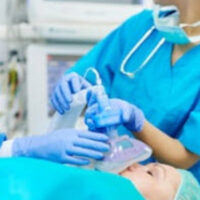 We expect that our doctors will always look out for us and ensure we are getting the best medical care possible. However, they sometimes make mistakes like the rest of us. But when they make medical errors, they can be deadly.

Many people think of plastic and cosmetic surgery procedures as safe, but a lot can go wrong. In fact, many people die from these surgeries. This is what recently happened to a Florida woman. She died after undergoing a Brazilian butt lift and a breast augmentation. It was discovered that the anesthesiologist was not qualified.

On October 20, 2021, the 26-year-old woman went to the Best U Now cosmetic surgery center in Plantation for the procedures. Her mother flew in from California to be by her side. She was worried because the procedures seemed to take a long time. Other patients were leaving, but her daughter never came out. But when she asked the staff how her daughter was doing, they reassured her that she was fine.

She was not fine. Then the woman heard ambulance sirens and wanted to know what was going on. That was when the doctor told her that her daughter was dead.

The procedures were completed, but the woman never woke up from the anesthesia. According to the medical examiner’s report, the woman’s cause of death is listed as undetermined. However, it was determined that the anesthesiologist was not a qualified anesthesia provider. The Florida Health Department has filed administrative complaints against the surgery center as well as the designated physician for allowing an OB-GYN to administer anesthesia.

Best U Now has several anesthesia providers on record, but the OB-GYN who administered the anesthesia to the woman is not one of them. She is listed as “recovery” personnel on state records, even though she was employed to provide anesthesia.

While physicians are technically allowed to give anesthesia, they typically don’t because anesthesiology is a specialty that requires additional training. In Florida, surgeons are required to use a qualified anesthesia provider, such as an anesthesiologist or certified registered nurse anesthetist, to administer anesthesia.

The OB-GYN claimed that she had taken some courses in anesthesiology, but did not provide any specifics. That likely would not be enough, considering that anesthesiology is a recognized medical specialty. To become an anesthesiologist, four years of undergraduate school, four years of medical school, and another four-year residency would typically be required.

The Florida Department of Health has filed administrative complaints against Best U Now. It is asking that the surgery center’s registration be suspended or revoked and is requesting to penalize the doctor.

The family of the victim says nobody from the surgery center has reached out to them. They are  still mourning her loss as they raise her children, ages 2 and 5.

Medical malpractice cases are hard to fight and win, especially when it involves an elective procedure such as cosmetic surgery.

Get the help you need from a Dade City & Zephyrhills medical malpractice attorney from Madonna Law Group. We understand how complex these cases can be and will help you get the best results possible. Call (800) 557-0411 or fill out the online form to schedule a consultation.