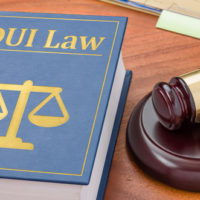 DUI traffic stops are not always routine. Sometimes those pulled over by police cooperate without much fuss. Others get aggressive and lash out at the police officers. Very few actually pee on an officer. Surprisingly, that was what a Florida mom recently did after causing an accident and getting arrested for driving while under the influence.

Three police officers arrived shortly after and the woman’s erratic behavior continued. She walked into traffic and pushed an officer. She also stood on her tiptoes to yell in another officer’s face. As she was placed in handcuffs, she intentionally urinated on an officer’s foot. Then, as she was escorted to the patrol car, she kicked an officer in the groin.

All of this happened while a baby was in the back seat of the woman’s vehicle. The woman was taken to a local hospital for medical clearance while the child’s father came to pick up the baby. The woman was then booked into Brevard County Jail.

The woman now faces multiple criminal charges, including driving under the influence, child endangerment, resisting an officer with violence and battery on an officer. She is being held on $18,500 bail.

Sometimes people are wrongfully accused of DUIs. Breathalyzer tests are not always reliable and can sometimes set off false positives.

Other possible defenses to a DUI charge include unlawful traffic stop, improper use of roadblocks and no probable cause to make an arrest. In some cases, the person arrested was never in control of the vehicle and was solely a passenger.

Sometimes the police officer makes mistakes that could work in the motorist’s favor. The officer may forget to read the driver the Miranda rights or fail to preserve evidence. There may also be calibration issues with the Breathalyzer and other testing devices if proper maintenance was not performed. In some cases, the officer does not properly administer field sobriety tests.

These defenses would likely not apply in this woman’s case. However, a number of other defense could be put forth with the help of an attorney.

Get Help for Your DUI Case

If you have been charged with a DUI, it’s important that you act quickly. You have a limited amount of time to protect yourself. Even if you are facing additional charges, you can still get your charges reduced.

Don’t handle your criminal charges on your own. Get help from the Dade City DUI defense attorneys at Mander Law Group. Our experienced lawyers can provide you with a solid defense so you can reduce your charges and possibly even avoid jail time. Contact us at (800) 557-0411 to schedule a consultation.