Man Killed After Getting Hit By Pickup Truck 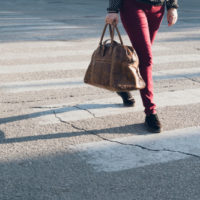 There are many types of auto accidents. Many involve vehicles only, while some involve vehicles and pedestrians. These types of crashes tend to be the most dangerous. That’s because pedestrians do not have the protection of a vehicle. This leaves them vulnerable to extensive injuries and even fatalities.

A Florida man was killed during a recent pedestrian accident. The man was killed on the evening of February 20 north of 520 on Clearlake Road in Cocoa. A pickup truck in the right lane traveling north when the man was crossing the road. The pickup truck hit the man, who suffered fatal injuries. He later died while at Wuesthoff Hospital in Rockledge.

The driver—a 21-year-old man from Opa Locka—was not injured. It is unknown if he will face charges. The Florida Highway Patrol is still investigating the crash.

Pedestrians have a higher risk than motorists of getting killed in a car accident. They are 1.5 times more likely to be killed in a crash. In 2015, 129,000 pedestrians were treated in emergency rooms for injuries sustained in accidents, while another 5,376 were killed.

Pedestrians can stay safe by avoiding walking into roadways at night, when visibility is poor. If you must cross streets at night, bring a flashlight and wear reflective clothing so you can be easily seen by motorists.

You should also use designated crosswalks instead of jaywalking. Motorists expect to see pedestrians at crosswalks and you run in front of them in other locations, you’re more likely to get hit.

Avoid distractions when crossing roads. Put away your cell phone and other devices and make sure you are paying attention. Make sure vehicles have stopped before crossing the street.

Crashes involving vehicles and pedestrians often lead to serious injuries. They can also lead to death, like in this case.

If you have been injured as a pedestrian, let the Dade City pedestrian accident attorneys at Mander Law Group help you with your claim. We can access your case and help you receive the compensation you deserve for injuries, medical bills, lost income and other damages. Contact us today to schedule your consultation.