1 Killed In Fiery Crash With Tree 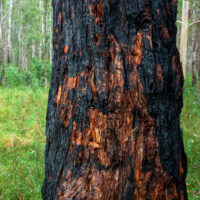 Car accidents can happen in many ways. Many often occur when vehicles go off the road for some reason, colliding with trees and other objects. Sadly, these crashes are often deadly.

This was the case when a driver hit a tree in Florida. The fatal accident occurred on the afternoon of March 2 at Lake Meadow Road and Lauren Beth Avenue in Ocoee in Orange County. It was a single vehicle crash that happened when the driver hit a tree and caught fire. Firefighters responded to the accident scene. They tried to rescue the driver, but they died at the crash scene.

Hitting fixed objects such as trees and utility poles is a common issue for drivers in Florida and other parts of the country. A woman was killed in Bunnell on the afternoon of February 25 on U.S. Highway 1 in Flagler County.

The 74-year-old woman was traveling on the highway near Royal Palms Parkway when she went off of the road for unknown reasons. The car overturned and hit a utility pole. It then landed in a ditch. The woman, who was not wearing a seatbelt, died in the crash.

It’s common for cars and trucks to collide with other vehicles, but vehicles also hit fixed objects on a frequent basis. In fact, 20% of motor vehicle deaths occur when a vehicle goes off the road and hits a fixed object. Thousands of people die in these crashes every year. Approximately half of these deaths happen at night, when visibility decreases. Alcohol is one of the most common factors, although speed, falling asleep, and distracted driving can also contribute to these crashes.

Trees, utility poles, and traffic barriers are the objects that are most commonly struck. Many of these crashes also involved animals. While deer were most likely to be hit by cars, cows, horses, dogs, cats, and opossums are also hit at high rates.

Car accidents can happen in a variety of ways. Vehicles can hit a variety of objects, from other objects to animals to poles to trees.

A car accident can cause a variety of injuries. The Dade City & Zephyrhills auto accident attorneys at Madonna Law Group can help you obtain compensation for your damages. Fill out the online form or call (800) 557-0411 to schedule a consultation.