Adults such as teachers and coaches spend a lot of time with young children. Because of this, they may sometimes be blamed for actions they never did and even accused of child molestation. In Florida, this is considered a serious accusation that can lead to very harsh penalties. A coach at Chaminade-Madonna College Preparatory… Read More » 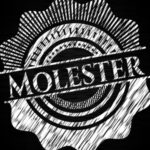 When a person is arrested for a crime that directly impacts their job—especially one that involves children—they are typically fired soon after, especially if there is significant evidence that shows that they are guilty of the crime. However, in one Florida case, a teacher was charged with molesting a student and the school district… Read More »

Child custody is one of the most debated topics among divorcing parents. When everyone has been living together as a family, it can be hard to split up time with the kids. Which parent has primary custody? Who gets the kids on the weekends? There are many co-parenting arrangements to suit the needs of… Read More » 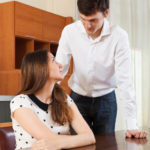 Besides experiencing the death of a loved one, a divorce is the most stressful situation a person can face. While not every marriage ends in divorce, nearly half of them do. With gray divorces on the rise, there are no guarantees. Any marriage—even one lasting several decades—can lead to a trip to the lawyer’s… Read More »

Written by Khara Alvero Loss of Your Rights – Why you need a lawyer The scenario that begins an injunction can start with you simply having a verbal disagreement with a person that you know. It is even probably someone you like or trust. The police may never have been called. You chock the… Read More »

Current Florida Law permits the award of alimony in a dissolution proceeding, if an individual can prove an actual financial need and his/her spouse has the financial ability to pay. If the court, within sound discretion, determines there is a need and ability to pay then the determination of the proper type and form… Read More »

A “Knock and Talk” or a “Tap and Rap” consent search is a tactic used by law enforcement officers when they do not have the necessary probable cause to obtain a search warrant but nonetheless want to search a residence or business. A “Knock and Talk” scenario commonly occurs when usually two police officers… Read More »

When are Miranda Warnings Required?

Our clients routinely tell our criminal defense attorneys that their “rights” were not read to them after being arrested and many are surprised when they are told that the warnings were not required because the officer did not ask them any questions. This article should help clarify the confusion. There are two basic requirements… Read More »

Should it be illegal when citizens audio and/or video law enforcement officers while they are in the public and performing their duties? Many officers believe that it is illegal to record an officer while performing his or her duties if the officer does not consent to being recorded. These officers are the same ones… Read More »

In the last week, potential jurors have been dismissed in murder trials in Pasco and Hillsborough counties for disobeying orders from the court to refrain from talking with others about the case. Pasco County Circuit Court Judge Susan Gardner dismissed a panel of potential jurors because one or more of the potential jurors talked… Read More »