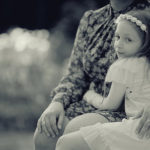 Can Grandparents be Awarded Visitation Rights in Florida?

In today’s modern society many children are raised in what were once considered to be “non-traditional” households. Some of these households are lead by a single parent, some are lead by two dads or two moms, and some are lead by grandparents. While custody and visitation laws have generally been a bit slow to… Read More »