1 Killed In Multi-Vehicle Crash In Deltona 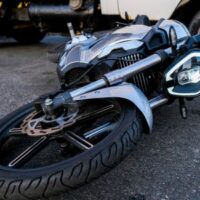 A car, semi truck, a truck pulling a boat trailer, and a motorcycle all collide on a busy interstate. One person was killed. Which driver do you think it was?

This may sound like a riddle, but it’s not. Unfortunately, crashes like these are becoming common occurrences in Florida.

It’s a real-life accident that happened on the morning of June 21 in Deltona. These four vehicles collided in a crash on Interstate 4, near Saxon Boulevard. Answering the questions asked above, the sole fatality was the motorcycle rider.

A 22-year-old man from Sebring was riding a Kawasaki motorcycle in the center lane of the interstate and failed to slow down. As a result, he crashed into the boat trailer, which was being pulled by a Ram 1500. The driver was a 46-year-old man from Lake Mary.

A semi truck and a Hyundai Elantra driven by a 71-year-old man from DeLand also hit the motorcycle. The motorcycle rider died at the accident scene. Nobody else was injured.

All drivers involved remained at the scene. Eastbound Interstate 4 was shut down for more than four hours. The crash is still under investigation.

With so many vehicles involved, it can be hard to determine liability in multi-vehicle crashes. Just like any accident, though, the liable party is the one who initiates the first impact. There could be many reasons for a multi-vehicle crash. In this case, the motorcycle rider was determined to be the liable party because he failed to slow down. Other reasons for accidents include:

Determining liability can become more difficult when there are many more vehicles involved. Indeed, multi-vehicle pileups can involve dozens or even more than 100 vehicles.

Such a complex accident requires a thorough investigation by an experienced car accident lawyer. There are several things that can be used to establish liability, such as:

When car accidents involve multiple vehicles, there is a higher chance that fatality will occur. This can be a frustrating situation for all involved.

If you or a loved one has been a victim of any type of car accident, the Dade City & Zephyrhills auto accident attorneys at Madonna Law Group can help you with your case. Our experienced attorneys will work hard to determine liability and guide you every step of the way. Schedule a consultation by calling (800) 557-0411 or filling out the online form.