Amazon CEO Jeff Bezos Divorcing; What Does This Mean for the Billionaire? 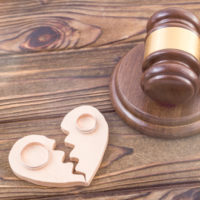 Marriages do not always last forever. Even after decades of marriage, a couple can suddenly decide to divorce. After so much time together, there is bound to be significant assets involved. This is especially true when the world’s richest man divorces.

Amazon CEO Jeff Bezos—who grew up in South Florida—is filing for divorce from his wife of 25 years. Jeff, 54, and his 48-year-old wife, Mackenzie, released a statement in early January announcing their divorce. They have four children.

The couple met while working at hedge fund D.E. Shaw, based in New York. They married and moved to Seattle, where Jeff launched Amazon. Bezos is now worth close to $140 billion.

Jeff serves as Amazon’s CEO, chairman, founder and top shareholder. Mackenzie, on the other hand, does not play a significant role in the company. While she helped the company grow in its early years, she works as a novelist.

Jeff has a 16% share in Amazon, which is worth approximately $800 billion. He owns The Washington Post, which he bought in 2013 for $250 million. He is also the owner of the space travel company Blue Origin, which he founded in 2000.

The couple jointly owns multiple properties, including their largest home, which is located in Washington, DC. They also have a Texas ranch, two homes in Beverly Hills and two homes in Medina, Washington.

Will anything happen to Amazon? It’s still too early to say. Reportedly, there is no prenuptial agreement, which means that everything could be split down the middle, with Mackenzie getting half of the nearly $140 billion fortune. Mackenzie could also get stock in Amazon or ask for a seat on the board, which means she could try to make changes to the company.

The good news is that Amazon is not run by any one person. The company boasts more than 600,000 employees and every position can continue running on its own at least for the short term. Jeff will likely be distracted by the divorce, which could make it difficult for him to run his company effectively. Hopefully his team of executives will help out so Jeff doesn’t miss out on acquisitions and other major decisions that can increase Amazon’s revenue.

CEOs have divorced before, although not as much money has been at stake. Only a few billion dollars were involved. In the case of Jeff and his wife, the divorce settlement is expected to be the biggest ever, with Mackenzie on track to become the world’s richest woman. But even if the assets are split in half, Jeff will still be worth roughly $70 billion.

Seek Help for Your Divorce Case

Divorces can come with serious financial consequences, particularly when a couple has been married for many years and a high amount of assets are involved. It is crucial that someone in this situation seek legal help to ensure that their rights are protected.

If you are considering divorce, the Dade City family law attorneys at Mander Law Group can assess your situation and make sure you receive fair treatment. Call our office at (800) 557-0411 to schedule a consultation.