Are Florida’s Outdated Alimony Laws Due for a Reform? 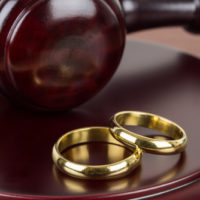 If you have ever been through a divorce in Florida, you will notice that the alimony laws are seriously outdated. They were written many decades ago, when divorces were not common and when they did occur, women were the ones who received alimony because they were never the breadwinners.

It’s now 2017, and things have changed tremendously since then. Today, half of all marriages end in divorce and it is estimated that in 38 percent of marriages, the wife earns more than the husband.

Alimony is a contentious issue for divorced couples. Nobody benefits from lifetime alimony, as it prevents all parties from moving on. The recipients have no incentive to work and the payors are forever connected to their former spouses, leading to contempt.

Florida law is still stuck in the 1950s, favoring lifelong alimony payments to women—even if they are young and healthy enough to work. This outdated law negatively affects everyone involved, including the payor, recipient, children and even the new spouses. That’s because income from the payor’s new spouse can be used toward alimony of their spouse’s ex-wife.

Talk about unfair. It’s no wonder that Florida residents are foregoing marriage.

Florida legislation has tried twice before—in 2013 and 2016—to update the state’s alimony laws. But both times the bills were vetoed by Florida Governor Rick Scott.

Senate Bill 412 was hoping to change that. This bill would have better calculated alimony payments and set limits on combined child support and alimony payments. Unfortunately, in May, the Senate indefinitely postponed the bill and withdrew it from consideration.

So now it’s back to the drawing board for legislators. Will Florida ever see any positive changes to its alimony laws?

Types of Alimony in Florida

So if you do get divorced in Florida, what types of alimony might you come across?

Get Legal Help for Alimony Issues

If you have issues or concerns or simply want to learn more about your rights when it comes to paying or receiving alimony, contact the Dade City family law attorneys at Madonna Law Group today. We can discuss income issues that may affect payments and help you move on after divorce. Schedule a consultation today by calling (800) 557-0411.