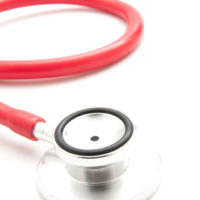 If you have been a victim of medical malpractice, you may be wondering what state laws apply to you and the amount of money you can expect to receive from a settlement. Many states have caps that limit the amount of money you can get from a medical malpractice lawsuit. Florida did have a cap in place for many years, but this law was recently reversed by the Florida Supreme Court.

In 2003, Florida Governor Jeb Bush ignited controversy among medical malpractice victims when he and the state legislature approved a law that placed a cap on non-economic damages in medical malpractice cases. Non-economic damages refer to subjective losses that cannot be calculated, such as pain and suffering, scarring, disfigurement, loss of companionship and anxiety.

There were also different caps for different types of medical staff. In lawsuits against medical practitioners, victims were limited to $500,000 in non-economic damages. This amount increased to $750,000 when the lawsuit was against a medical staff member with non-practitioner status.

This cap applied only to non-economic damages. Economic damages such as medical expenses, lost wages, future care, lost earning capacity and any other losses that can be calculated were not affected by the cap. This means that if a victim spent $5 million on medical expenses, he or she could be compensated for that exact amount.

This law changed on June 8, 2017, when the Supreme Court ruled that placing a cap on pain and suffering was considered unconstitutional. The four-member majority claimed that the cap violated equal-protection rights and reduced damage awards for plaintiffs who suffered the most serious injuries. Essentially, a victim with brain damage requiring lifelong care could receive the same amount of non-economic damages as someone who suffered a punctured lung. While both conditions are serious, they are not exactly the same thing and should not be compensated at the same amount.

This ruling stemmed from a medical malpractice case involving a Broward County woman. The woman, a dental assistant, underwent surgery for carpal tunnel syndrome in 2007. As a result, she suffered damage to her esophagus due to tubes inserted into her esophagus and mouth during anesthesia.

She filed a medical malpractice against the liable parties in 2008. She was awarded $4 million in non-economic damages, but because of the cap in place, she received about $2 million—half of that amount.

This case, combined with a Supreme Court ruling from 2014 that found caps unconstitutional in malpractice cases involving wrongful death, helped the Supreme Court justices arrive at their decision to reverse the limits.

Get Legal Help for Your Medical Malpractice Suit

Now that the Supreme Court has deemed medical malpractice caps unconstitutional, you can potentially receive a larger payout for your case. Doctors are supposed to help us when we are sick or injured, yet their negligence causes 200,000 deaths every year. If you were injured by medical staff, contact the Dade City medical malpractice attorneys at Mander Law Group. We can assess your case and determine your rights to compensation. Call us today at (800) 557-0411.