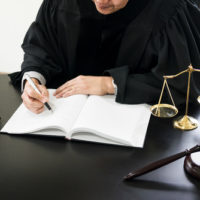 Legally speaking, self defense is an affirmative defense that can be used under some circumstances to avoid the legal effects of an otherwise unlawful violent act. For example, pointing a gun at someone and intentionally pulling the trigger is usually an unlawful act, but if this act is done out of self defense (perhaps you were shooting at someone who had broken into your house and was about to kill you) then your otherwise unlawful act may be excused.

This defense exists because of the universally accepted principle that an individual may rightfully defend himself/herself through the use of proportionate force (or the threat of such force). Most jurisdictions (including Florida) even extend this principle to permit the use of force in defense of others, under some circumstances. However, it is important to note that each state in the U.S. has different parameters within which a valid self defense claim can be raised. This article provides a brief overview of Florida’s main self defense laws, but please note that this area of the law is extremely complicated and that any case specific questions should be directed to a local criminal defense attorney.

When evaluating a Florida self defense claim we must first start by determining whether or not the person asserting the defense used “deadly force” (i.e. force that is likely to cause death or great bodily harm).

Self Defense with the Use of Non-Deadly Force: Under section 776.012(1) of the Florida Statutes a person is justified in using (or threatening the use of) non-deadly force against another if he/she reasonably believes that such conduct is necessary in order to defend himself/herself against the other’s imminent use of unlawful force. Additionally, such a person does not have a duty to retreat before using or threatening such force.

Self Defense with the Use of Deadly Force: Under section 776.012(2) of the Florida Statutes a person is justified in using (or threatening the use of) deadly force against another if he/she reasonably believes that such conduct is necessary to prevent imminent death or great bodily harm to himself/herself or to another, or to prevent the imminent commission of a felony. Such a person does not have a duty to retreat and has the right to stand their ground so long as he/she is not engaged in a criminal activity and is in a place where they have a right to be.

While the self defense statutes outlined above may seem to be pretty straight forward, it is important to note that self defense cases are almost never cut and dry. Therefore, if you’ve been charged with a crime and are planning on claiming self defense it is very important that you retain an experienced criminal defense lawyer who knows how to properly present your defense in court.

Charged with a Crime? Contact a Local Criminal Defense Attorney

If you’ve been charged with a crime in Florida and believe that you were acting in self defense contact the Madonna Law Group today. Our team of experienced criminal defense lawyers defends clients throughout Florida and would be happy to start working on your defense without delay. Schedule an initial consultation by contacting our Dade City office via our online contact form or by calling (800) 557-0411.