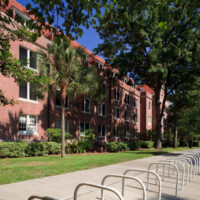 Sex crimes are serious acts in Florida and other states because they are a violation of a person’s body. Sexual acts require consent and when a person does not want another to engage in sex with them, and the perpetrator persists, then they can be accused and convicted of sexual battery and other related crimes.

A Florida man who raped a college student in 2017 was recently convicted of sexual battery and burglary. The case was originally tried in 2019, but there have been some delays along the way for both sides.

The incident happened in August 2017. Two Florida State University students—women ages 18 and 19—were walking to the Broward Hall dorm after a night of partying. They were approached by a man, who was 40 years old at the time. He tried to help the younger woman walk to her dorm room.

The 19-year-old student helped the younger student get into her dorm. She got her friend into bed and waited 10 minutes, locking the door behind her so the man could not get in. She then hurried off to her dorm room after the man approached her.

The man, however, never left the dorm area. He then broke into the 18-year-old’s dorm room and raped her. The woman was not fully conscious, as she had been drinking, but remembered being in pain. She realized she had been raped and went to Tallahassee Memorial HealthCare to get checked out.

The woman was interviewed by police and while she could not identify who raped her, her friend showed police a picture and video she took of the man from the night before because she felt uneasy around him.

The man was identified and arrested. Surveillance footage showed the man interacting with the two women. It also showed him leaving the dorm at around 7:14 a.m.

The man was found guilty in early February after a two-day trial. He was convicted of burglary and sexual battery. He is currently in Leon County Detention Facility, where he will stay until his sentencing on April 13. The 18-year-old eventually transferred out of the university.

This verdict comes after an appeals court ordered a new trial in November because a piece of evidence, a recording of a call that the student made to police, was improperly admitted into a trial. In 2019, when the case was initially tried, the victim was too traumatized, but testified against the man in the most recent trial. Plus, there was evidence that the man, who was not a college student, had received a trespass notice from campus police in 2015 and was barred from campus.

Sexual battery is a serious offense in Florida. Also known as rape or sexual assault, a person convicted of such a crime can face life in prison.

The Dade City & Zephyrhills sexual battery attorneys at Madonna Law Group can assist you with the accusations you face and ensure you get the best outcome possible. Contact us today so we can start working on your defense. Call (800) 557-0411 or fill out the online form.