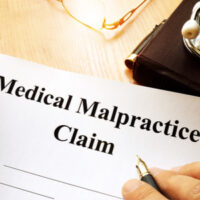 Unfortunately, doctors cannot make all patients better when they are seriously ill or injured. Some die while in their care. While this can be devastating, sometimes there is just nothing they can do. The families of these deceased patients often want to blame the healthcare workers involved by filing a medical malpractice claim, but unless a medical mistake was made, there’s not really much a person can do.

An appeals court in South Florida ordered the dismissal of a medical malpractice lawsuit brought on by the estate of a woman who died several days after she was transferred to a different facility. A Broward County circuit judge had allowed the case involving Henderson Behavioral Health and South Broward Hospital District to move forward, but that decision was overturned by the 4th District Court of Appeals.

The woman was taken to a hospital in the South Broward Hospital District for an undisclosed medical condition. At the hospital, she was given seven medications. She was later transferred to a treatment center operated by Henderson Behavioral Health. The hospital claimed it provided prescriptions for the medications to the facility. The facility, however, allegedly did not administer the medications, causing the woman to die from “severe withdrawal syndrome.”

The circuit judge would not dismiss the case, but the appeals court disagreed with this decision because the estate did not properly prove its case. It failed to show that the hospital and treatment facility breached the medical standards of care required by workers in the healthcare field. It could not be proven that Henderson Behavioral Health failed to give the patient her medications and failed to recognize the woman’s withdrawal symptoms. The estate claims that the facility was negligent because it should  have  known  that  suddenly  failing to administer any or all prescribed medications to the woman would likely cause her to suffer severe withdrawal symptoms, such as seizures and heart arrhythmias. However, the personal representative of the estate did not provide the essential details as required by law and that was why the case was dismissed. It did not comply with the requirements of Florida’s strict medical malpractice statute, so the defendants’ actions were characterized as ordinary negligence rather than medical malpractice.

Medical malpractice cases are hard to prove and win. While the cards may be stacked against you, you can prevail with aggressive representation.

Get the help you need from the Dade City & Zephyrhills medical malpractice lawyers at Madonna Law Group. We can build a strong case to prove negligence on behalf of the healthcare worker or hospital. Call our office at (800) 557-0411 or fill out the online form to schedule a  consultation.