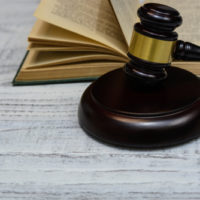 When it comes to firearm offenses, Florida has some of the toughest laws in the nation. A person convicted of seriously injuring or killing someone with a firearm could end up spending many years in prison. This is especially true thanks to mandatory minimum sentences in place.

However, Florida does have one unique law that stands out. The state’s “Stand Your Ground” law is unlike the self-defense laws in other states, which state that you must retreat first before using a firearm, knife or other type of deadly force. This means that before you shoot or attempt to kill the person, you must back away. You must run or otherwise try to escape your attacker before using a weapon. The weapon must be your last resort.

Florida’s “Stand Your Ground” law does not require this. The law allows a person to use deadly force anytime they are at risk of bodily harm or they feel their life is threatened. A person does not  have a duty to retreat. As long as they are not trespassing onto someone else’s property, they can use deadly force to defend themselves. They can use a weapon in a home, outside, in a parking lot, in a restaurant, movie theater and other areas. They can use guns if they are in areas where concealed weapons are allowed and they have a proper permit.

This is why a Florida man would not face criminal charges for using a weapon. It was recently announced that a 28-year-old man who pulled a gun on a man and his daughter shopping at a Walmart would not face criminal charges, as he was acting in self-defense. The man accused of weapons charges was wearing a face mask when he entered the store, but took it off when his glasses started fogging up. A Walmart customer told him to put a mask on and hit him in the head with an umbrella. The man feared for his life and shot the customer with a Smith & Wesson .40 caliber semi-automatic gun. The man had a permit to carry a concealed weapon. The incident was caught on surveillance video.

The “Stand Your Ground” law was passed in Florida in 2005. The law received support from the National Rifle Association. The law is controversial, as many believe that it allows people to get away with gun violence. Proponents of the law, on the other hand, believe the law allows for self-defense and helps protect the rights of law-abiding citizens.

The main focus of the law is that the person must feel as if they are in imminent danger. The law applies to cases such as murder, manslaughter, sexual battery, aggravated assault or battery, burglary, robbery, carjacking, arson, kidnapping, aggravated stalking and unlawful use of a bomb or other explosive device.

Due to pressure from gun control and anti-gun groups, firearms offenses are taken seriously. However, you may have a solid defense under Florida law.

The Dade City & Zephyrhills firearms offenses lawyers at Madonna Law Group can help you protect your legal rights. We can help you avoid strict penalties. Schedule a free consultation today by filling out the online form or calling (800) 557-0411.