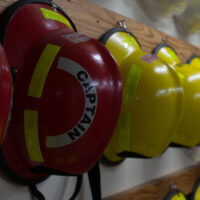 Medical malpractice can happen in a number of ways. One of them is misdiagnosis. When a disease is incorrectly diagnosed as something else, the patient may receive the wrong treatment. This can cause a condition to worsen, leading to serious injury, disability, and even death.

A retired Florida firefighter lost his leg due to a misdiagnosis. He was diagnosed as having an ankle sprain. Instead, he had a bacterial infection that could not be treated in time. As a result, it cost him part of his right leg.

The man and his wife filed a medical malpractice lawsuit against Ascension Sacred Heart Hospital and a doctor who works there. A jury trial in Pensacola lasted for eight days. At the end, the jury awarded a total of $7.6 million to the couple. The former firefighter was awarded $6,805,071, while his wife was awarded $787,371.

The man’s leg was exposed to the Pensacola Bay waters and became infected on September 11, 2016. His right leg started to ache and became discolored. Both symptoms worsened by the next day, so the man went to the Ascension Sacred Heart Urgent Care Center in Pensacola for treatment. While he waited in the lobby, he started to develop blisters on his leg.

The former firefighter was treated at the urgent care center. The doctor diagnosed him with an ankle sprain. The man was given crutches and told to ice and elevate the leg.

The man visited a podiatrist on September 13, 2016. The doctor immediately diagnosed the man with an ongoing aggressive bacterial infection and told him to go to the West Florida Hospital Emergency Department. There, doctors diagnosed the man with a necrotizing bacterial infection. It would have to be aggressively treated with antibodies and the removal of dead tissue. Doctors performed multiple procedures to attempt to treat the infection and remove dead skin. Despite their best efforts, the man had to get his lower right leg amputated above the knee.

The doctor who made the misdiagnosis as well as Sacred Heart Health System Inc. were listed in the lawsuit. Ascension Sacred Heart Medical Group declined to comment on the matter. The firefighter’s lawyer, however, was ecstatic about the verdict, claiming that justice was done and that the jury saw the truth.

Having to lose a leg due to a misdiagnosis is a devastating situation. It is something that can affect a person’s life forever and lead to significant physical and emotional pain.

You don’t have to put up with medical negligence. If you or a loved one has been affected, seek legal help from the Dade City & Zephyrhills medical malpractice attorneys at Mander Law Group. Florida law makes these cases highly complicated, so contact us for help right away. Schedule a consultation with our office today by calling (800) 557-0411 or filling out the online form.