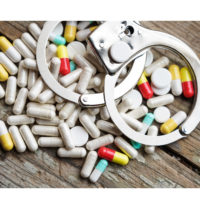 Drugs and alcohol can make people do strange things. They can slow down reflexes, impair judgment and even affect short-term memory. Some people do things while under the influence and don’t remember doing them.

A prime example of this happened in Florida on Thanksgiving morning. On November 22, a 61-year-old Brandon woman crashed her Mercedes into a man’s vehicle. The woman, who was under the influence of drugs at the time of the accident, could not be convinced that she hit the man’s car. In fact, she told him “You are dreaming.”

The woman was speeding when she hit the man’s vehicle. The impact caused the man’s vehicle to hit a tree, which then split. The man was hospitalized for serious foot and ankle injuries. Before he was taken to the hospital, the woman told him “It was no accident. You are dreaming.”

The woman then tried to hide in the bushes so that police would not find her. She was arrested after police had reason to believe she was impaired. Although she refused blood and breath tests, her eyes were bloodshot and she was disoriented and walking around barefoot.

Police searched her car and found 18 pills inside. They appeared to be prescription drugs, but she has no prescription for them.

The woman, who caused approximately $25,000 in property damage, was arrested on multiple charges, including driving under the influence causing property damage and bodily injury and possession of a controlled substance.

How Prescription Drugs Affect the Brain

When people think of drug overdoses, they may think of hard recreational drugs such as heroin or cocaine. Opioids are actually the most abused drugs. Drugs such as Vicodin, OxyContin, Percocet and fentanyl are often not used as prescribed. People tend to overdose on these pain relievers, often leading to death.

These drugs help people feel good, which is why they are abused. When they are not used properly, they lead to side effects such as drowsiness, impaired judgment, memory loss, moodiness and depression. The body begins to tolerate the drugs after a while, which means that more and more pills are needed to achieve pain relief. This then leads to dependence. When a person stops taking the drug, they experience symptoms of withdrawal, such as insomnia, depression and irritability. They then become an addict, which can have life-threatening consequences.

Addiction can lead to behavioral and social problems. People may be unable to fulfill their work or school obligations. They could lose custody of their children. They could suffer from malnutrition and poor hygiene. It is important to seek professional help early on.

Driving while intoxicated is a serious crime that can lead to many penalties. You could lose your license and face jail time. You could ruin your life in many ways.

While a DUI is considered a misdemeanor, it’s not a minor crime. Don’t fight these charges on your own. You need to act quickly. The Dade City DUI defense attorneys at Madonna Law Group can help you save your license. Call (800) 557-0411 to schedule a consultation.