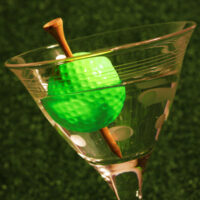 Drivers do not always take drinking and driving seriously. They may not think it’s a big deal if they are driving a vehicle like a golf cart, but a person can still drive poorly and cause accidents, injuries, or death.

A man was recently arrested after a passenger fell off a golf cart he was driving. The fatal accident happened on the evening of April 25 in Port St. Lucie. Police responded to the incident, which occurred at the Floridian National Golf Club, located on Southeast Floridian Drive.

Three people were leaving the clubhouse. They got onto the golf cart and were traveling back to a nearby home when the golf cart went over a raised manhole cover. One occupant, who was standing in the back of the golf cart, fell off and landed on the road due to the impact.

The DUI charge was based on a strong smell of an alcoholic beverage on the driver, who was unable to stand still and was slightly stumbling. The man’s eyes were bloodshot and his eyelids were droopy. He also refused to participate in field sobriety exercises.

The man also declined to give a blood sample, but police told him he must do so under state law. He was taken to Tradition Medical Center, where medical staff took a sample. Police later got a search warrant for another.

All motorists know that it is illegal to get behind the wheel of a motor vehicle—such as a car or truck—while under the influence of alcohol or drugs. But what about a golf cart?

Those who operate a golf cart must abide by the same rules of the road. DUI laws are no exception. In all 50 states, a person can get a DUI for operating a motor vehicle with a blood alcohol concentration (BAC) of .08 or above. However, there are some differences in state laws when it comes to where driving under the influence is illegal. Some states prohibit driving under the influence everywhere in the state, while others have laws that apply only to public roadways.

Florida law defines DUI broadly, so it makes no difference where you drive under the influence. Whether you are on public or private property, it is against the law.

Drinking and driving is a crime that should never be allowed, even when someone is driving a golf cart. As seen in this case, a drunk driver can cause someone to die, no matter what type of vehicle they are driving.

DUI arrests need to be dealt with promptly. Get help from a Dade City & Zephyrhills DUI defense attorney from Mander Law Group. We’ll help you get the best defense possible. To schedule a consultation, fill out the online form or call (800) 557-0411.