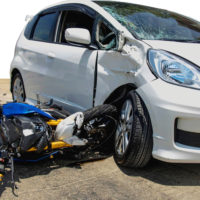 Florida is the ideal place for motorcyclists. The weather is beautiful and there’s a lot to see while riding on the various roadways throughout the state. However, riding a motorcycle is a risky decision, especially when riding around larger vehicles. Even if the motorcycle rider is being safe, other vehicles are not. Motorcycles can be hard for others to see, which means they are often involved in serious and even fatal accidents.

A man was recently killed in a motorcycle crash in Florida. The fatal accident occurred on the morning of February 19 in Melbourne.

The 22-year-old man was riding his motorcycle on southbound U.S. 1, near Sarno Road, when another driver, a 72-year-old man, pulled out in front of him. The motorcyclist, a man from Indian Harbour Beach, died at the accident scene.

Many people blame motorcyclists for motorcycle crashes. While some riders are inexperienced or drive recklessly, many accidents are caused by other motorists. Because motorcycles are much smaller than passenger vehicles, they can be hard to see. Therefore, it is not uncommon for passenger cars and trucks to pull out in front of motorcycles. When this happens, motorcycle riders often cannot stop in time. They end up rear-ending the vehicle. Some vehicles even turn in front of oncoming motorcycles. The impact from either of these scenarios can cause riders to be ejected from the motorcycle, which can result in road rash, broken bones, head trauma and other serious injuries. Some even die from their injuries.

Distracted driving is another serious issue. A motorist who is on their phone, reading or changing radio stations doesn’t have their eyes on their road. They cannot stop in time should a motorcyclist cross their path and this can cause serious crashes.

Tailgating is another issue. Whether a motorist is experiencing road rage or is simply in a hurry, they may sometimes get too close to motorcycles. If they rear-end a motorcycle, the rider can get ejected and suffer serious injuries as well as significant damage to the motorcycle.

Blind spots are another common issue with motorcycles. They can easily hide in a vehicle’s blind spots, so it’s not uncommon for a vehicle to change lanes and sideswipe a motorcycle, causing major damage.

Motorists have also been known to open car doors and hit motorcyclists. Sometimes these are accidents, but in some cases, drivers do it on purpose because they don’t like motorcycles. The impact can cause serious injuries.

In a motorcycle crash, the rider has little protection. This can result in serious injuries and even death.

If you or a loved one was injured or killed in a motorcycle accident, make sure you get the damages you deserve. The aggressive Dade City & Zephyrhills motorcycle accident lawyers at Madonna Law Group will fight for your rights. To schedule a free consultation, call our office at (800) 557-0411 today.