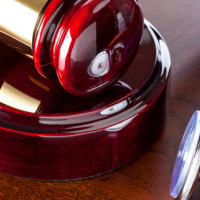 Many people tend to avoid doctors. They may believe that doctors are expensive and not very knowledgeable. Some have had bad experiences.

While many people rely on doctors when they are sick and injured, not all perform the highest standard of care. Many people have been injured or even killed by a doctor’s negligence. In fact, more than 250,000 people die from medical malpractice every year, making it the third-leading cause of death in the United States.

While lawsuits are common, victories for plaintiffs—in or out of court—are uncommon. In 2015, more than three-quarters of medical malpractice claims were dismissed or dropped. Only 7% went to trial and of those, 88% were ruled in favor of the defendants, or the doctors.

The most common cause of medical malpractice is a diagnosis that is delayed or missed altogether. Misdiagnosis often leads to unnecessary treatment, while a missed diagnosis means that a patient has missed out on opportunities to treat the disease, causing the disease to worsen and eventually lead to death.

Delivering a baby is not without its risks. Birth injuries are also common. While the fetus may develop issues during pregnancy, a baby can develop cerebral palsy, paralysis, seizure disorders, brain damage and other issues when a doctor is negligent during labor and delivery. If a doctor fails to use birth instruments properly or does not order a C-section when labor fails to progress, they can be held liable for any medical conditions or injuries that the baby develops.

While anesthesia is generally safe, problems can occur. If a doctor uses excessive anesthesia or fails to monitor the patient, and an issue occurs, the doctor can be held liable. A failure to consult with the patient ahead of time to avoid complications can make the doctor negligent.

Medication errors are also common, killing as many as 9,000 Americans every year. In a hospital setting, the medication may be administered incorrectly. There can be errors with the dosage or interactions. Some patients are given the wrong drug altogether. So much can go wrong when it comes to medications, lead to serious complications and even death.

Medical malpractice cases are hard to win, even when a lawyer is involved. Most are dropped or never pursued at all because of the time and costs involved.

If you or a loved one was seriously injured or killed by a doctor’s negligence, seek legal help right away. The Dade City medical malpractice attorneys at Mander Law Group can help you fight your case and obtain the compensation you deserve. To schedule a free consultation, call our office at (800) 557-0411.