Medical Malpractice Claim Tossed Out Due to Expired Statute of Limitations 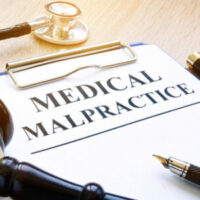 In Florida, the statute of limitations for medical malpractice cases is two years. This means that once a person discovers that they have been injured by a negligent medical professional, they have to file a lawsuit within two years. If they fail to do so, the case could be thrown out of court and they will be barred from receiving compensation.

This was what happened to a Florida woman. In 2015, she filed a lawsuit against a radiologist, as well as Radiology Associates of South Florida and Baptist Hospital of Miami. The woman then amended the lawsuit in 2019 to add her three children. However, on July 22, a judge from the Third Circuit Court of Appeals dismissed the lawsuit, claiming that it was past the state’s statute of limitations and was no longer valid.

The woman claimed that she suffered “unspecified injuries” due to negligent care she received by the radiologist in 2011 and 2012. Last year, she amended her lawsuit so she could add her three children as plaintiffs. Her reasoning was that her children had suffered as well. They allegedly had been deprived of their mother due to the radiologist’s alleged negligence.

When the woman amended her lawsuit, she used Florida’s “relation back” doctrine. The law allows someone to amend a complaint and add a new claim if it can be proven that it is connected to the original dispute. The judge, however, disagreed based on previous case law. It was such a major change that would require a whole new complaint and the timeframe to do so had expired. An attorney for the radiologist was happy with the outcome, claiming that the decision will serve as a legal precedent for medical malpractice issues.

In Florida, a person who was injured by a medical professional and intends to recover compensation for the negligence must file a medical malpractice lawsuit within two years. The clock starts ticking on the date which the malpractice took place or should have been discovered.

Florida also enforces a blanket deadline of four years from the date the medical malpractice took place. The only two exceptions are fraud or when the victim is younger than 8 years old.

While fraud will extend the deadline for two more years, no medical malpractice lawsuit can be filed after seven years have passed. Also, if the victim is under the age of 8 at the time of the medical malpractice, the lawsuit must be brought before the child turns 8.

If you have a medical malpractice case, it’s important to follow the laws. The statute of limitations is there for a reason, so if you wait too long, you could lose out on your right to compensation.

If you have been injured by a doctor, nurse or other medical staff, seek help from the Dade City & Zephyrhills medical malpractice lawyers at Madonna Law Group. We will work hard to get you the best possible outcome. To schedule a consultation, fill out the online form or call (800) 557-0411.