Medical Malpractice: How Long do I Have to File a Claim in Florida? 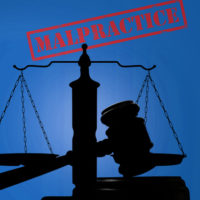 Did you know that under Florida law you have a limited amount of time within which you are permitted to file a medical malpractice claim? This means that if you attempt to file a med mal claim in Florida after your statutorily prescribed time period has expired your claim will be barred and you will not be able to recover damages for your losses through the courts! Therefore, if you are considering filing a medical malpractice claim in Florida it is very important that you read this rest of this article carefully and then consult with a local personal injury attorney without delay in order to best avoid having your claim barred by Florida’s medical malpractice statute of limitations or statute of repose.

Florida’s medical malpractice statute of repose, also contained in section 95.11(4)(b) of the Florida Statutes, is a harsh rule which states that medical malpractice claims in Florida may not be filed in any case more than four years after the date on which the incident or occurrence out of which the cause of action accrued, unless the action is brought on behalf of a minor on or before the child’s eighth birthday. However, if the plaintiff can show that fraud, concealment, or the intentional misrepresentation of fact prevented the discovery of the injury then the plaintiff can file their claim anytime during the two years following the date on which the injury should have been discovered with the exercise of due diligence, so long as the claim is not filed more than seven years from the date on which the incident giving rise to the injury occurred.

While there are some recognized exceptions to the Florida laws outlined above, these exceptions only apply in a very limited number of circumstances and should not be relied upon if possible. Don’t risk having your medical malpractice claim barred by a statute of limitations or a statute of repose, contact the Madonna Law Group today and get your claim filed as soon as possible. Give our Dade City office a call at (800) 557-0411.