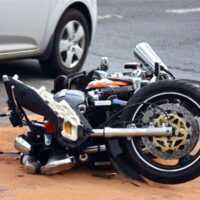 Motorcycles can be fun to ride, but since they are much smaller than other vehicles on the roadway, riders are prone to serious injuries in the event of a crash. Also, motorcycles offer no protection, unlike other vehicles, so accidents are known to cause fatal injuries.

Sadly, a Port Charlotte man was recently killed in a motorcycle crash. The fatal accident occurred on the afternoon of September 27 at Oceanspray Boulevard and State Road 776.

The 65-year-old motorcyclist and his 29-year-old passenger were heading east on State Road 776. The rider attempted to make a right turn onto Oceanspray Boulevard when a person driving a Volkswagen Jetta sedan stopped at the intersection and then pulled out into the path of the motorcycle. The two vehicles collided.

The motorcyclist died at the accident scene. The passenger suffered critical injuries and was taken to a local hospital. Neither were wearing helmets. The driver of the Jetta, a 52-year-old resident of Rotonda West, suffered serious injuries.

Why Are Motorcycle Accidents So Serious?

There are several reasons why motorcycle crashes are so serious. First of all, there is little protection. Cars have a frame to protect occupants, as well as seat belts, airbags and other safety features. Motorcycles have none of these protections. Because motorcycles have an open frame, riders are often ejected from the bike. As a result, they often suffer serious injuries.

Motorcycles also have less powerful brakes. When a motorcycle rider applies the brakes, the motorcycle is prone to spinning out of control. Car drivers do not usually have this problem, as the braking systems are more powerful.

Motorcycles also have highly sensitive steering. When a rider is distracted, it is easy for them to lose control and go off the road. Many riders are unable to stay in their lanes and will often veer into adjacent lanes or go off the road and hit objects.

Another thing to consider is that motorcycles are smaller than other vehicles. While drivers have to share the road with other vehicles, drivers often do not anticipate motorcycles, so crashes are likely to occur. When a motorcycle collides with another vehicle, the other vehicle typically wins, leaving the motorcyclist with serious injuries, such as head injuries, spinal injuries and broken bones. In severe cases, the rider dies from their injuries.

The best thing motorcyclists can do is wear the right protective gear. It’s a good idea to wear helmets, gloves, sturdy boots, protective jackets and other appropriate clothing. While this gear may not prevent all injuries, it will certainly help.

Seek Help for Your Motorcycle Accident

Motorcycle crashes can be deadly, especially when vehicles are involved. Passenger vehicles are much larger than motorcycles, and this size difference can cause major accidents.

If you or a loved one was involved in a motorcycle crash, seek legal help from the Dade City & Zephyrhills motorcycle accident attorneys at Mander Law Group. We can help you file a claim so you receive the compensation you deserve. Schedule a free consultation today by filling out the online form or calling (800) 557-0411.