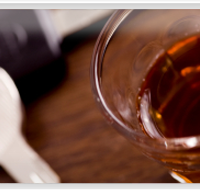 All motorists are aware of the dangers of drinking and drinking. However, many people still become intoxicated and charged with DUI. But those convicted of DUIs are not necessarily horrible people. People of all walks of life make mistakes when it comes to alcohol and driving. Even police officers—those who uphold the law and keep drunk drivers off the road—can face DUI charges.

This was recently the case in Florida. A female police officer who had been with Pinellas County Sheriff’s Department for 19 years was fired from her job after she was found in Largo driving in reverse and honking her horn.

The incident happened in the early morning hours of March 18. The sheriff’s lieutenant was asked to perform a field sobriety test, but performed poorly. She initially refused a breath test but later consented as a condition to employment. Her blood alcohol level (BAC) was .14—nearly twice the legal limit. She was charged with a DUI.

When a DUI Ruins Your Career

A DUI comes with many penalties, and not just fines and license suspension. While a suspended driver’s license will keep you from getting to and from work in a reliable manner, there are many other things that can happen.

A DUI conviction is frowned upon by many employers Many employers will fire employees who have been convicted of a crime, so if you get a DUI, you’ll need to find a new job.

Even if you don’t get fired, you may be forced to enter a diversion program. This may include DUI classes, random alcohol or urine testing, treatment programs and other alternatives to jail.

If you are a professional with a license, you will have to report your arrest to the reporting agency. This can cause your license to be suspended or revoked. If you don’t have a valid license, you will be unable to work.

If you’re a truck driver, a DUI will ruin your career for good. A DUI conviction stays on your commercial driver’s license for 55 years.

Another thing to keep in mind is that a DUI conviction appears on public records and driving records. If you apply for a job, a prospective employer can run a background check and find out if you have ever been convicted of a DUI. This can affect your chances of employment.

If you are planning on going to college or a university, your chances of being accepted may be jeopardized by a DUI. The same goes for a financial aid application.

Are You Facing DUI Charges?

A DUI conviction in Florida can lead to fines, jail time, probation, community service, license suspension and other penalties. Such a charge can affect your life in many ways, especially in terms of employment. Police officers are often fired after being charged with alcohol offenses.

No matter your profession, you need help to fight a DUI charge. Don’t try this on your own. The DUI defense attorneys at Mander Law Group can defend you against the charges you face. Give us a call at (800) 557-0411 to schedule a consultation.