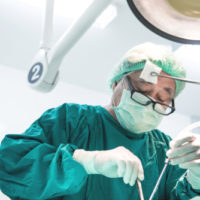 Many people—particularly women—get plastic surgery to improve their looks. They may want a nose job or breast implants. Some get liposuction to get their body back to the way it was pre-childbirth.

In any case, patients assume that their doctors are skilled and experienced in doing the cosmetic procedure of their choice. However, this is not always the case. Many patients end up with botched surgeries. While they can file a medical malpractice suit against the doctor, these cases are hard to fight and don’t always end up with the best results.

This was the case for patients of a father-son plastic surgeon team in Jacksonville. They practiced out of the St. Vincent’s Medical complex for many years—until they were evicted. They lost their practice after 264 patients filed medical malpractice lawsuits against them for botched surgeries. Many patients who underwent breast implant surgery were left in pain. Some were even disfigured.

The two plastic surgeons boasted of a spa-like environment in their advertising. They offered not only breast augmentation, but services such as Botox and laser hair removal as well. That changed in 2016 when they were sued.

All 264 lawsuits have now been settled. But patients also want justice. Both surgeons still have their licenses, so they are still legally allowed to practice medicine. There have been even more lawsuits since 2016 and angry patients want the plastic surgeons’ licenses to be revoked.

In 2019, it was discovered the doctors failed to keep records of their patients’ medical history, complaints and other pertinent information. Investigators suggested revoking the doctors’ licenses. However, in March 2020, a proposed settlement caught victims by surprise. For all that the doctors did, they would only get a slap on the wrist. They would have to pay a $5,000 fine and reimburse the state approximately $11,000 for its investigation. They would also have to take continuing education courses on medical ethics.

Attorneys representing the medical malpractice patients are stunned and think much more should be done to make the plastic surgeons pay for their actions. They are asking the Florida Board of Medicine to implement harsher penalties, such as revoking their medical licenses. They are also requesting that the state Board of Medicine reject the proposed settlement. If the settlement is allowed to move forward, the lawyer will appeal. The plastic surgeons and their lawyer are not commenting on the matter.

Those injured by doctors and other healthcare workers not only want to receive compensation for damages, but they also want justice. Allowing a doctor to continue practicing medicine after harming hundreds of patients is unacceptable. These offenders should pay for their crimes.

Medical malpractice cases are hard to fight and win. You need the best chance of winning. Get the help you need from the Dade City & Zephyrhills medical malpractice lawyers at Mander Law Group. We will work aggressively to help you recover compensation for the damages you have suffered. Schedule a consultation today by calling our office at (800) 557-0411.