Surgery Risky for Doctors in Terms of Medical Malpractice Claims 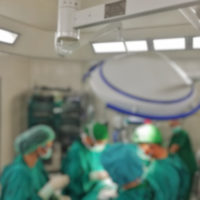 While surgery is a medical procedure that happens multiple times a day, it still can be risky. Many things can happen during the process and some patients even die. This can make surgery scary for people, and some may even delay it or put it off completely.

Surgery is risky for doctors as well. Surgeons are well aware of the many mistakes that can happen during this procedure. As a result, surgery is one of the most common ways in which doctors can be used. In fact, according to a new report, surgery is the second most common reason for medical malpractice.

Coverys, a medical liability insurer, analyzed medical malpractice claims from 2014 to 2018. Over this five-year period, 2,579 claims were analyzed.

There are many types of surgery. The most common one for medical malpractice is general surgery, which accounts for 22% of claims. Rounding out the top three were orthopedic surgery (17%) and neurosurgery (8%). These three types of surgery make up nearly half of all claims.

Of the 2,579 claims, 29% resulted in permanent injuries. Nine percent led to fatality. In 39% of the claims, the cause was the surgeon’s lack of skill. In 27% of claims, there was failure in terms of communication and judgment. Leaving a foreign object in the patient’s body accounted for 7% of cases. Four percent of cases involved unnecessary procedures, while wrong body part/patient and surgical delays each accounted for 3% of claims.

Fortunately, there are ways to improve outcomes so that these issues do not happen. First of all, a patient should understand the procedure before it happens. The patient’s response should be noted in their medical record to avoid any miscommunication.

Improving focus can also increase positive outcomes. Therefore, eliminating distractions is key. Cell phones should be turned off. Doctors should also avoid playing music and keep conversations to a minimum.

Promoting a sterile environment is also important. Handwashing is important, as is ensuring all instruments are thoroughly cleaned before commencing surgery. This will help prevent serious infections.

Professionalism is required at all times. Acting in an unsafe manner, without regard for the safety of the patient, can result in patient complications.

Surgery is a major medical procedure. There are no guarantees, and while most surgeons are very skilled, mistakes do happen from time to time.

If you or a loved one was injured or killed due to medical malpractice, get help from the Dade City & Zephyrhills medical malpractice lawyers at Madonna Law Group. We will aggressively fight for your rights and help you obtain the compensation you deserve. Schedule a free consultation today by calling (800) 557-0411.