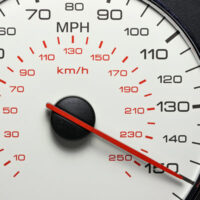 Many people like to speed in their sports cars. While going a few miles above the speed limit isn’t so bad, going 3-4 times the speed limit is dangerous and even deadly. This was the case earlier this year in Florida when a teen slammed into a vehicle going at a speed of 151 miles per hour. The six people inside the other vehicle were killed.

On the evening of January 27, the 17-year-old was driving his BMW at 151 miles per hour when he rear-ended a Nissan Rogue carrying six people on South State Road 7 in Delray Beach. The impact was so severe that the rear end of the Nissan was pushed forward several feet into the passenger compartment. The Nissan then rotated into the center median and flipped and rolled over before coming to rest upside down in the center median.

Five of the occupants died at the accident scene. The sixth person later died at Delray Medical Center. The victims were leaving Pero Family Farms, where they worked, at the time of the crash. They ranged in age from 29 to 77 years old.

Investigators noted that the teen driver had his Instagram handle emblazoned on the driver’s and passenger side of the BMW. The day after the crash, the sheriff’s office received a tip about the teen’s numerous posts on Instagram and TikTok showing him recording himself driving at high rates of speed. Just two weeks before the deadly crash, he posted himself on social media racing at 182 miles per hour.

While on the way to the hospital after the crash, the teen told an investigator that he was going “above 120.” Officials conducted search warrants for the airbag control modules of both vehicles and found that the teen was actually going above 150. He was driving at speeds of 151 mph at impact, while the other car was traveling at just 38 miles per hour.

The teen, now 18 years old, recently made his first court appearance. Bond was set at $50,000 for each crash victim, for a total of $300,000. The teen was also placed on house arrest, where he must be supervised by a responsible parent at all times. He is also barred from contacting the victims’ families. The teen has pled not guilty to all charges, which include six counts of vehicular homicide. Each count is a second-degree felony that carries a punishment of up to 15 years in prison.

As seen in this case, speed kills. The teen’s reckless driving led to a violent crash that killed six people.

A car accident this severe can have a huge impact on all involved for the rest of their lives. If you or a loved one has been affected, seek legal help from the Dade City & Zephyrhills auto accident attorneys at Mander Law Group. Count on us to help you get compensation for all your damages. Call (800) 557-0411 or fill out the online form to schedule a consultation.