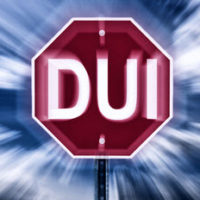 USA Today reports that golf legend Tiger Woods was arrested early Monday morning in Florida on suspicion of driving under the influence (DUI). The report details aspects of Woods’ interaction with the police prior to him being put under arrest and notes that Woods was asleep at the wheel with his vehicle running, brake lights illuminated, and right blinker flashing when the arresting officer woke him up. Police officers noted that two of the vehicle’s tires were flat and that there was minor damage to both the front and rear bumpers.

Additionally, police records indicate that Woods failed a field sobriety test and was described as being sluggish, sleepy, and speaking with slurred speech, despite the fact that a breath alcohol test showed no signs of alcohol in Wood’s system. Woods claims that driving under the influence was the result of an “unexpected reaction to prescribed medications”. Based on his observations the arresting officer believed that Woods was “under the influence to the extent that he could not operate a motor vehicle” and therefore arrested him for driving under the influence.

Florida’s Driving Under the Influence Law

Under section 316.193 of the Florida Statutes a person is guilty of driving under the influence if that person drives, or is in actual physical control of a vehicle, in Florida while:

What Does it Mean to be in “Actual Physical Control” of a Vehicle?

If the question of whether or not Woods was in actual physical control of his vehicle ends up being litigated then the court will look at the totality of the circumstances in order to determine if these three elements have been satisfied.

Reach Out to Us for Professional Help

If you have been arrested for driving under the influence in Florida contact the experienced DUI defense attorneys of the Madonna Law Group without delay. We would be happy to discuss your case and your legal options in person or by phone so contact our Dade City office today toll free at (800) 557-0411.