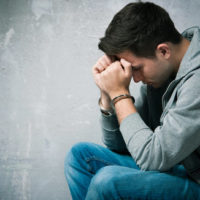 According to the Orlando Sentinel there is widespread agreement amongst lawmakers in Florida that our state needs to do more to help juvenile offenders who have had a run-in with the law to move on from their adolescent mistakes and to stay out of trouble in the future. However, lawmakers disagree about the best way in which to achieve this goal and, therefore, two proposed bills are currently working their way through the Florida Legislature; Senate Bill 196 and House Bill 205.

Proposed Senate Bill 196 (SB 196) aims to reform Florida’s juvenile criminal justice system by requiring law enforcement officials in the state to issue a civil citation when a minor admits to committing a certain listed first-time misdemeanor. The listed misdemeanor offenses would include alcohol possession, battery, trespass, theft, prowling, resisting an officer without violence, etc. As the law currently stands police officers in Florida have the discretion to choose between issuing a civil citation or arresting a juvenile offender suspected of committing one of the listed misdemeanors. If passed, SB 196 would take away this discretion. Proponents of the bill argue that this particular aspect of police discretion should be removed as reports have shown that the discretion to issue civil citations to juveniles has been applied inconsistently from county to county and that civil citations are issued, in lieu of arrests, in only slightly more than half of the situations in which juveniles are eligible for them. SB 196 proponents also note that only about 4 percent of juveniles who go through the civil citation program go on to commit crimes again.

On the other hand, proposed House Bill 205 (HB 205) would not require law enforcement officers to issue civil citations to minors under certain circumstances, but would instead help juvenile offenders by automatically expunging their arrest record after the offender successfully completes a diversion program. Those who successfully complete such a program and have their record expunged would legally be able to deny under a variety of circumstances that the arrest ever occurred. For example, the individual would not be legally required to report their arrest when applying for housing or (most) jobs. Additionally, HB 205 would apply to all misdemeanor offenses, unlike Senate Bill 196 which would only apply to a limited number of offenses.

But what exactly is a “diversion program”? Most states have established diversion programs in recognition of the fact that a first-time offender who commits a low-level offense sometimes should not be thrown into the normal criminal justice system. These programs often emphasize counseling, treatment, and behavior modification, opposed to court ordered punishments. Florida’s main diversion program is the Misdemeanor Pretrial Diversion Program which enable qualifying offenders to get their criminal changes dropped in exchange for complying with the program requirements and performing specific sanctions.

If you or your child has been accused of committing a crime in Florida be sure to consult with a local criminal defense attorney about your legal options as soon as possible. As you can see from the proposed legislation outlined above the landscape of our state’s criminal justice system is always changing. Make sure that your legal rights are fully protected under Florida’s current laws. Contact the Mander Law Group today by calling our Dade City office at (352) 567-0411.