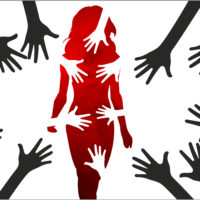 Movie stars, athletes and other celebrities seem to have it made, but because they have so much wealth, they often get accused of crimes. Sometimes they did in fact do the crime, but in some cases, the allegations are false. It is especially common for athletes to face allegations of certain crimes.

The University of Florida Police Department was made aware of two separate incidents, both which occurred on April 6. Both cases allegedly occurred in Jones’ apartment. The women declined to press charges.

The first incident began as consensual sex, but then the woman told Jones to stop. He refused, but the woman was able to push him off her and leave.

The second incident happened the same day, just moments later. Jones approached a woman in his kitchen, The woman claims the man assaulted her and would not stop until he heard someone entering the room.

The University of Florida is aware of the incidents and is following campus and athletic department protocols. Jones is an ESPN 300 prospect from Virginia. He has already  participated in spring practice at the college.

Under Florida Statutes Section 794.011, the punishment for sexual battery depends on the age of the victim and whether or not injury was involved. An adult who commits sexual battery upon another adult, without their consent, commits a second-degree felony. The same punishment applies when both parties are between the ages of 12 and 18. When an adult has non-consensual sex with a person over the age of 12, it is considered a first-degree felony.

When an adult commits sexual battery on a child under the age of 12, it is considered a capital felony. In Florida, a capital felony is the most serious crime and is punishable by the death penalty. A person who uses a deadly weapon to commit sexual battery on a child over the age of 12 can be charged with a life felony. A life felony is also serious, resulting in life in prison and a fine of as much as $15,000.

Aggravating factors include causing injury or death, causing intoxication to the victim, having sex with someone who is physically or mentally incapacitated, and threatening to retaliate against the victim.

Sexual assault encompasses rape charges, which can be very serious. If you have been arrested for sexual assault, you need legal help right away.

If convicted, you could face felony charges, which can result in significant jail time. Such a conviction can affect your life in many ways. Seek legal help from the Dade City sexual battery attorneys at Mander Law Group. Our aggressive lawyers can help defend your case. Schedule a free consultation today by calling (800) 557-0411.