Woman Loses All Four Limbs Due To Medical Malpractice 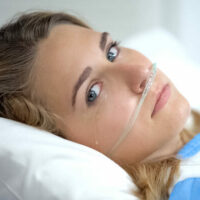 All surgical procedures come with risks. Infection is one of the biggest risks and something that should be discovered and treated while in the hospital or operation center. This type of monitoring is crucial to ensure that patients are not sent home in a possible life-threatening situation.

A Connecticut woman has filed a lawsuit against a hospital after she lost all four limbs following a routine surgery. In April 2021, the woman was admitted to Griffin Hospital for a routine diverticulitis surgery. The woman, who was previously in good health, expected to return home after two days,

While the woman was in the hospital, she contracted sepsis. Sepsis is a body’s extreme response to infection and it can be a life-threatening complication. Medical staff allegedly ignored the woman’s fluctuating vital signs, even though her daughters alerted them that something was wrong.

After the surgery, the woman needed supplemental oxygen to breathe. She still struggled with blood oxygenation and her blood pressure fluctuated. The next day, the woman showed signs of sepsis, but staff did not seem concerned. She also experienced confusion, which means that oxygen was not getting to her brain.

The woman spent more than 10 months in recovery. Her left leg had to be amputated below her knee, and her right foot was amputated. She lost both arms as well.

Research shows that Griffin Hospital has a poor record when it comes to sepsis management. Data shows that 62% of patients had received inappropriate care at the facility for severe sepsis and septic shock.

In mid-May, a lawsuit was filed against Griffin Hospital in Superior Court. The hospital is refusing to comment on the litigation.

Sepsis is an aggressive medical condition that requires quick treatment. Without prompt treatment, the infection can spread and lead to dead tissues, which may need to be amputated.

Tests will be given to determine the source of the infection. Blood samples, urine tests, and imaging tests such as X-rays, MRIs, and CT scans may be necessary. The patient may need to stay in a hospital’s intensive care unit. Antibiotics are given right away and other treatments, such as drugs, may be given to stabilize heart function and breathing. IV fluids are also given.

Oxygen may be needed if the patient has trouble breathing. If the person is experiencing kidney failure, they may need dialysis. If there are infected or dead tissues, surgery may be needed to remove them.

Some medical negligence cases are worse than others. When a patient loses all their arms and legs due to a medical mistake that could have been easily avoided, it can be absolutely devastating. Something must be done.

Contact the Dade City & Zephyrhills medical malpractice attorneys at Madonna Law Group and get the legal help you need. We understand all the complexities of medical malpractice law. Fill out the online form or call (800) 557-0411 to schedule a consultation.