2 Killed In Wrong-Way Crash In Florida 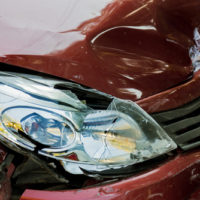 Cars in the same lane are meant to travel in the same direction. When cars traveling in opposite directions share the same lane, the cars collide and the result is often tragic. These are called head-on collisions, and while they are not too common, they are often fatal.

Unfortunately, that was the case for the two drivers involved in a recent Florida crash. The fatal crash happened on U.S. 41 in Venice on the evening of December 12. A car was traveling north in the northbound lane. Meanwhile, a pickup truck was in the same lane going in the wrong direction. It was traveling south while in the northbound lane. The two vehicles hit each other head on.

The drivers of both vehicles were killed. The car had a child passenger, who was taken to All Children’s Hospital for medical treatment. Only one lane of the road remained open while police investigated the crash.

Head-on collisions account for only 3 percent of traffic accidents. However, they have a high fatality rate. In fact, they are 27 times more likely than other types of crashes to result in fatality.

Impairment and age are considered to be the two biggest factors in head-on collisions. A large proportion of wrong-way collisions are caused by substance use. In a study of 1,566 wrong-way drivers, 936—or 60 percent—involved alcohol.

In a separate study of 1,150 alcohol-impaired wrong-way drivers, 114 had a blood alcohol content (BAC) between 0.08 and 0.15. Fifty-nine percent, or 684 drivers, had a BAC that exceeded 0.15. Nine percent of these drivers had been convicted of a DWI offense within the three years prior to the wrong-way collision. Drug and alcohol use impairs judgment, leading to poor decision making while driving.

Age is also a factor. While advanced age does not solely determine driving performance, it often leads to an increase in medical conditions. This becomes an impairment due to the effects of the medications used to treat the conditions.

Car accidents can occur in a variety of ways. Head-on collisions can be especially dangerous and even fatal. If you suffer injuries due to someone else’s negligence, it’s important to understand your legal rights.

Let the Dade City car accident attorneys at Mander Law Group help you with your claim. Our experienced lawyers will fight aggressively for your legal rights. Schedule your free consultation today by contacting us at (800) 557-0411.