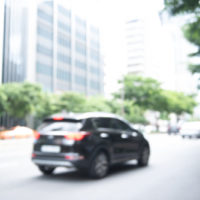 Traffic signals and signs are often found on roads to aid drivers in their daily travels. These signs inform drivers of speed limits, locations and warnings so they can avoid car accidents. Unfortunately, some motorists fail to obey these signs and they become involved in major accidents, causing serious injuries and even fatalities to others.

A recent wrong-way accident in Florida has killed one person and injured two others. A total of five vehicles were involved in the crash, which happened on the evening of July 5 on Interstate 95. An SUV was driving north in the southbound lanes, near Northwest 103rd Street. The SUV collided with multiple vehicles.

One person was reported dead. The driver of the SUV suffered a fractured arm and is in stable condition at Ryder Trauma Center at Jackson Memorial Hospital. Another driver was injured and taken to the same hospital. It is still unknown how many people were involved in the accident.

Authorities are still trying to figure out why the driver was traveling in the wrong direction and for how long the SUV was driving the wrong way. The southbound lanes of Interstate 95 were closed all night long as authorities investigated.

What are some common trends in wrong-way driving? Most of the offenders are elderly drivers over the age of 70. It is unknown why age is associated with wrong-way driving, but experts believe that age affects judgment and visibility, making it easier for older drivers to travel in the wrong direction.

Many wrong-way accidents occur when a driver enters a freeway through an exit ramp. This may be due to poor signage. In addition, wrong-way driving tends to occur at night. This is due in part to reduced visibility, fatigue and intoxication.

Motorists can stay safe by staying in the right hand lane at night. Those who see a wrong-way driver should slow down, pull over and call 911. Staying alert is also important. Motorists should avoid distractions and drunk driving. Drivers should also be aware of traffic signs. Be sure to pay attention to signs such as Stop, Do Not Enter and Wrong Way.

Driving is an activity that involves skill, alertness and good judgment. When any of these factors are compromised, the result is often a serious accident.

If you have been injured in a car accident caused by the actions of another driver, you may be able to recover compensation. Medical bills, lost wages, property damage and pain and suffering are just some of the common damages involved. If you have been struggling physically and financially since your accident, the Dade City car accident attorneys at Mander Law Group may be able to help. Call our office today at (800) 557-0411 for a consultation.