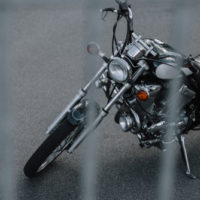 Motorcycle crashes can be deadly, especially when the operator has little experience. Teens and young adults are drawn to motorcycles because of the thrill they provide. However, these machines offer little protection in the event of an accident. The result is often major injuries and even death.

Sadly, this was the case for a young man from Florida, who was killed in a motorcycle accident on July 10. The 19-year-old Apopka man died in a crash in Volusia County. The fatal collision happened just before 1 a.m. on Interstate 95. The man was traveling north at a high rate of speed.

The motorcycle rear-ended a Jeep for unknown reasons. The impact caused the motorcycle to split in half. The motorcyclist was ejected and fatally injured. He died at the accident scene.

The Jeep, driven by a 32-year-old Palm Bay man, exited the road and hit a tree. The driver of Jeep suffered major injuries and was taken to Halifax Medical Center for medical treatment. A 25-year-old passenger survived the crash with minor injuries. Then cause of the crash is under investigation.

In 2015, 4,976 motorcyclists were killed in accidents, an 8 percent increase from 2014. During that same year, another 88,000 were injured. Most of those killed (94 percent) were operators, while the remaining 6 percent were passengers. Motorcycles accounted for 14 percent of all accident fatalities. The injury rate for motorcycles was lower than the rate for occupants of passenger cars. However, per mile traveled, motorcyclists were 29 times more likely to be involved in a fatal crash.

Motorcycles are fun to ride, but they come with great risks. Accidents are very likely, and deaths occur at a rate much higher than passenger vehicles.

If you or a loved one has been injured or killed in a motorcycle accident, it’s important to understand your legal rights. You may be able to receive compensation for damages such as medical bills, lost wages, and pain and suffering. The Dade City motorcycle accident attorneys at Madonna Law Group can help you with your case. Call us at (800) 557-0411 for a consultation.