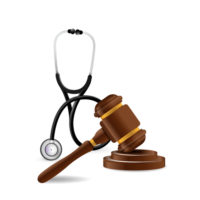 We rely on doctors to take care of us when we are sick or injured. This includes administering the necessary medications to prevent infections and keep other conditions from occurring. When a doctor delays giving medication to a patient, serious issues can occur. The doctor’s negligence can lead to medical malpractice.

Many autoimmune diseases cause patients to experience flareups. These flareups can cause pain and inflammation, which can lead to infection and other damage to the body. Medications can keep these flareups under control, but time is of the essence.

A rheumatologist’s poor medical decision to delay administration of a drug caused a Florida woman to have fingers and toes amputated. The woman filed a medical malpractice claim and received a $15.9 million verdict from the jury.

The woman has been fighting this case since November 2008, when she was just 26 years old. She was hospitalized for pain in her hands and feet caused by lupus. She was admitted to Holy Cross Hospital for vasculitis, which occurs when blood vessels are inflamed. She was put in the cardiac care unit since there was no room in the intensive care unit.

The rheumatologist did not give the woman Cytoxan, which was the drug she needed to fight the inflammation. Instead, she was given steroids. She was transferred to the University of Miami Hospital more than a month later. It was then that she finally received Cytoxan. By then, she had developed gangrene in her fingers and toes. Doctors had to amputate part of her left foot, nine toes, the tips of two fingers and her right thumb.

The woman, once a bubbly and outgoing person, now cannot walk or stand for more than 30 minutes and relies on prosthetics. The jury came back with a $15.9 million verdict after two days. Five million dollars was awarded for medical expenses, $10 million was awarded for pain and suffering and $922,000 was awarded for lost earnings.

Delays are just one type of medication error. Medication mistakes can happen at any time during the process, from prescribing to packaging to dispensing to administering to monitoring. Errors can happen in a variety of ways, including wrong drug or dosage, miscommunication, improper techniques, lack of training, stress and patient misuse.

Getting Help for Your Medical Malpractice Case

When a doctor fails to diagnose a medical condition or administer medication in a timely manner, a patient’s health can be negatively affected. With many medical conditions, time is of the essence. Any delay can result in serious injuries and even death.

If you were injured by a doctor’s negligence or poor medical decisions, seek legal help. The Dade City medical malpractice attorneys at Mander Law Group can determine if you have a valid claim and help you recover compensation for your damages. Schedule your free consultation today by contacting us at (800) 557-0411.