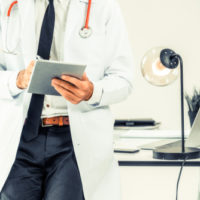 We rely on doctors to make us feel better when we are sick or injured. Unfortunately, though, that does not always happen. Some doctors are negligent, causing patients to suffer serious injuries and even death.

When this happens, doctors hardly ever face punishment. At the most, they may be forced to pay a medical malpractice lawsuit. The scary part is that some doctors are repeat offenders. They settle multiple lawsuits and are still allowed to practice medicine. Nothing happens to their license.

One orthopedic surgeon lost surgical privileges at two Indiana hospitals after he was found to be dishonest and his standard of care dropped to substandard levels. In one decade, he settled five medical malpractice cases, which was the most of any doctor in the state. Despite this, he was able to keep his medical license. He later moved to Florida and has since been sanctioned three times. In one case, he performed a wrong-site surgery and was fined just $7,500.

Given the doctor’s history of medical malpractice, he should no longer be allowed to practice medicine. Why are doctors allowed to harm patients multiple times with no action or punishment taken? Why hasn’t his license been suspended or revoked?

One possible reason is that each state’s medical board is made up of doctors. While state medical boards have the authority to discipline those who violate medical policies, that rarely happens. Their best interests are not with the patients. Instead, these doctors are protecting their own. It’s a real conflict of interest.

When a law is broken, however, the medical boards tend to do a good job of disciplining the doctors. For example, doctors are often punished harshly for stealing drugs or overprescribing them.

So why do they look the other way when medical malpractice occurs? It may be because medical malpractice is not always clear cut. Did the doctor really cause the patient to suffer a worsened medical condition? Did the patient do something to make their injury worse? Doctors are often given the benefit of the doubt since they often have to make quick decisions in emergency situations. However, that does not mean that they should be absolved of all substandard treatment.

On top of that, injured patients are often unable to recover compensation for their damages. Medical malpractice cases are very hard to win. Judges and juries tend to side with the doctor, so it takes a lot to win. If the patient did not suffer a catastrophic injury or die, then the payout will be minimal and not worth it financially.

Medical professionals should always act with the highest standards of care. They should not perform surgical procedures or treat patients if they are going to be negligent.

If your doctor has harmed you, they should be punished. Seek legal help from the Dade City & Zephyrhills medical malpractice attorneys at Mander Law Group. We can assess your case and help you obtain the compensation you deserve. Fill out the online form or call (800) 557-0411 to schedule a consultation.